Report from an infamous event in the world of miniature golf. 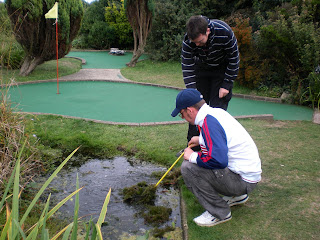 Following the BMGA British Open at Planet Hastings Adventure Golf course on Sunday 19th September a strange thing happened!? A report from both Ollie 'The Machine' Florence and Tim 'Ace Man' Davies is likely to follow, but here's my take on "The Minigolf Welly Boot Swamp Ball Incident in Hastings"!

During the last round of the BMGA British Open, Swedish minigolfer Mattias Ståhl was annoyed (to say the least) that he'd scored a 5 on the 17th hole. In his frustration he launched his Maier Classic Minigolf Ball into one of the many ponds/swamps at the White Rock Gardens course (in fact it was the very same patch of water that a player had slipped into on Friday)! 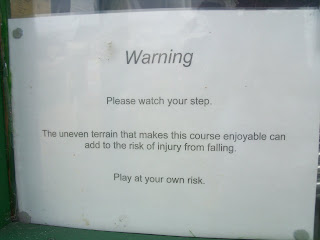 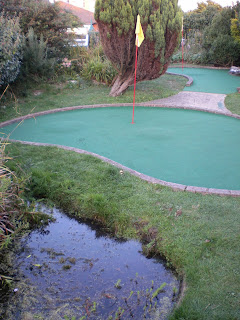 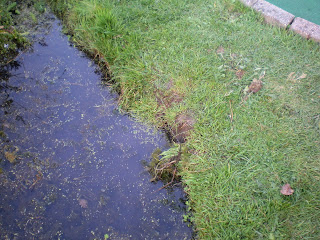 With the aide of some small flimsy fishing nets, followed by applying garden rakes to the quagmire the intrepid minigolfers just could not find the ball. 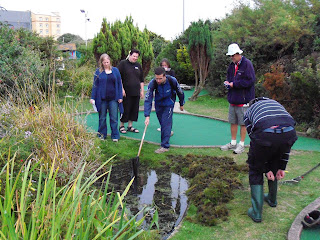 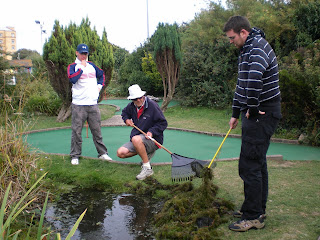 Keen to find the missing ball to add to his collection eager BMGA Tour rookie Ollie 'The Machine' Florence decided to take the plunge to retrieve the ball!!! 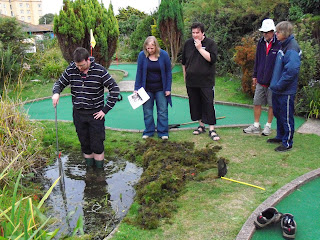 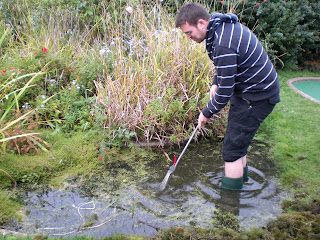 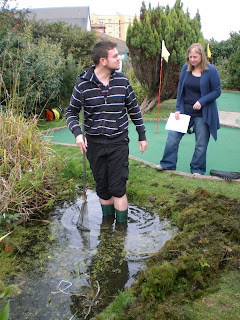 He didn't find it, and also struggled to get out of his wellies! But was eventually relieved of them by Marion 'Double Trouble' Homer, while top German minigolfer Karsten Hein and KMGC Captain Sean 'Freebird' Homer and others looked on. 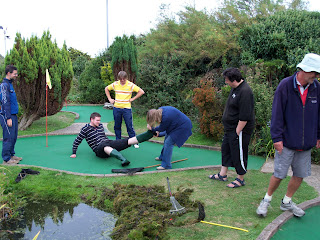 It was left to 'Big Top Ted' John McIver to recover what was the second lost ball of the weekend, following the loss of Marc 'The Force' Chapman's ball in the hedges by the 12th/13th hole on Friday morning! 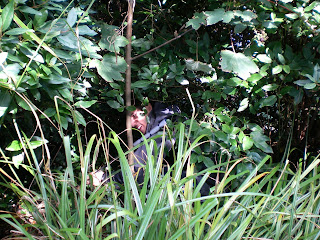 After using a very unique technique the ball was retrieved (along with all manner of other detritus - including what looked like a grenade)!!! 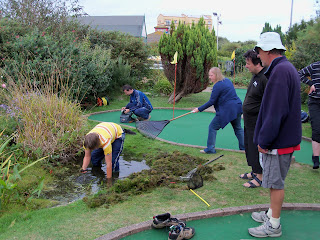 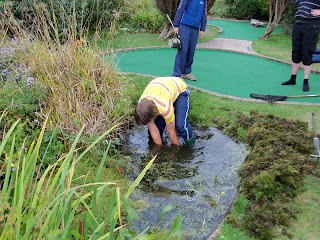 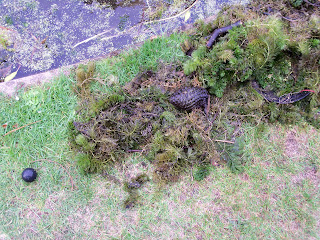 Upon finding the prized ball, Ted lobbed it towards Ollie who posed for a few snaps with it. 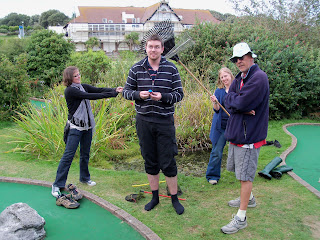 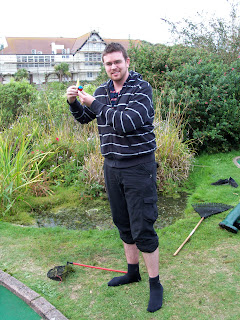 Ollie's "angelic" look once he had the ball is funny. One of the funniest things I have ever seen, especially when Ted basically dived in. I have a new found respect for him now...