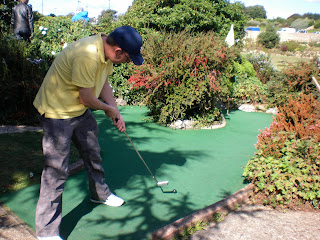 Following the 2010 BMGA Players Championships, but before the BMGA British Open teed-off, I joined four members of the London Minigolf Club for a mini-minigolf competition to crown the Champion of the first-ever Alfred Brimble Memorial Minigolf Tournament.

Played over one-round on the White Rock Gardens Adventure Golf Course in Hastings, East Sussex, I finished as the runner-up - and escaped the tournament forfeit of 'buying a round in the pub later'. 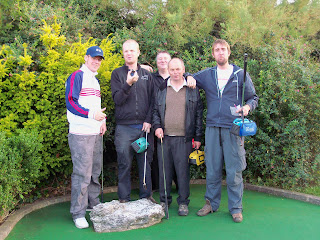