The one minigolf course we were able to play at Folkestone Sports Centre was their attempt at Crazy Golf. The course become the 198th to be played on the Crazy World of Minigolf Tour since September 30th 2006. 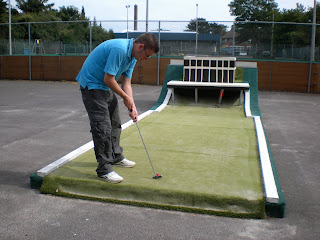 The 9-hole course was very interesting to say the least. It was constructed out of what appeared to be part of a former skate/BMX park, and was located in half a derelict tennis court beside a dry ski-slope!? 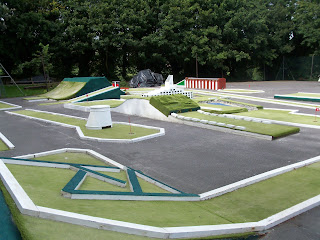 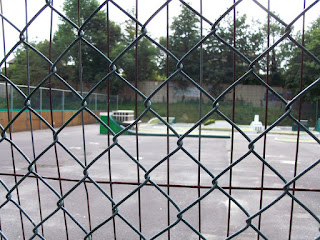 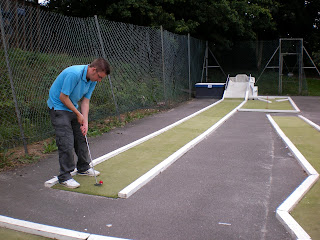 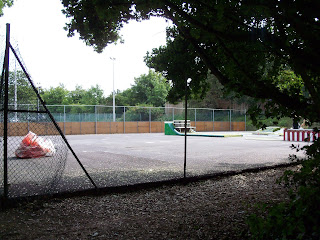 Truly one of the oddest courses and course locations we've encountered on the Crazy World of Minigolf Tour to date!

The Folkestone Sports Centre is also home to a Mini Golf (Pitch & Putt) course and a Putting Green.