Dodgeball - then and now

Back in 2005 Emily and I were part of a Dodgeball group known as Dodgeball UK, which had leagues and teams in Luton, Welwyn, Hatfield, Abingdon, Portsmouth and Ipswich, and players travelling from all over to play.

As Co-Captain of the pioneering Abingdon Dodgeball Alliance (ADE) I helped lead the team to victory at the first ever DodgeDay event on the 21st August 2005 at the Vauxhall Leisure Centre in Luton, Beds, defeating the teams of The Belly Dancers (later the WDW) and Just Might Lose in the tournament.

Dodgeball UK formed its rulebook on the 1st June 2005. Regular competitions stopped in 2007 following eight official 'DodgeDay' events and a number of other mini-tournaments and Trios-format competitions, and the Dodgeballs have been dormant since.

That was until recently, as I have now taken up the sport again, this time playing to the rules of the United Kingdom Dodgeball Association (UKDBA), with a new group of players in Luton, Beds on the Team Beds & Luton 'Get Back Into...Dodgeball' programme. The sessions have now been running for eight weeks and over the coming months (and years) I'm looking to get back into the swing of Dodging, Ducking, Dipping, Diving and Dodging all over again! 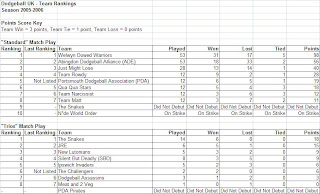 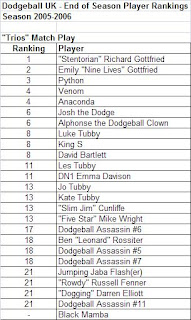 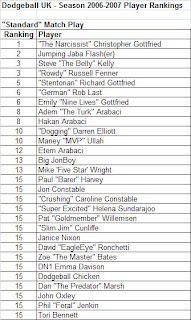 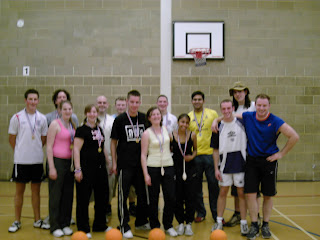 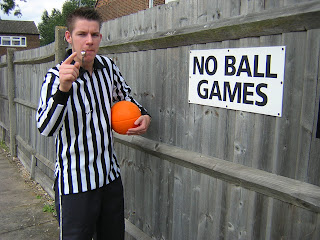 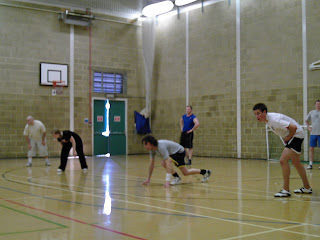 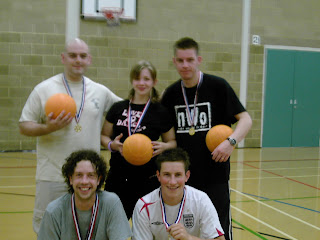 The 'new' ADE in their new kit 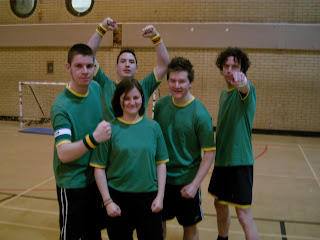 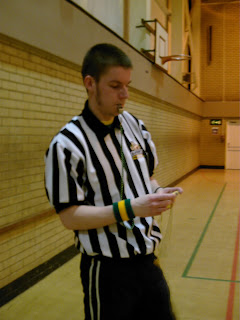 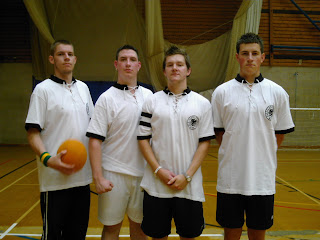 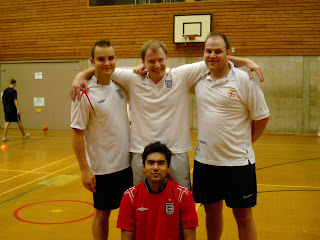 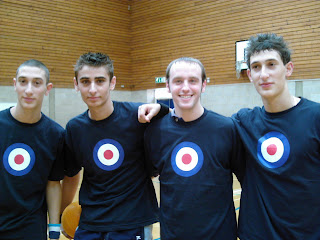 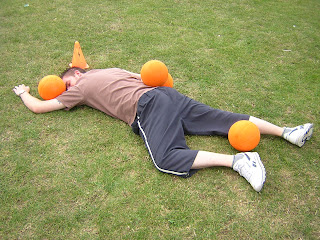 'Stentorian' Richard Gottfried back in Dodgeball Action in 2010 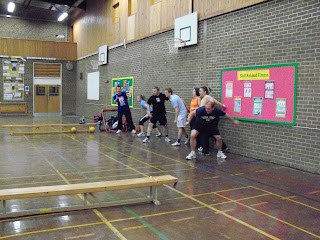 Note: Doing a bit of research I found out there is a new 'Dodgeball UK' organisation operating out of London, which was founded in August 2009 - we'll have to go along to one of their events in the future.
Posted by Richard Gottfried at Monday, November 22, 2010

It was the final Dodgeball session of the 2010 season/GETBACKINTO Dodgeball Programme in Luton last night. My team suffered an 11-3 loss in games (438-3 on points!?).

The 'Graduates' of the current GETBACKINTO Dodgeball Group in Luton will be starting a weekly 'Club Night' in early January 2011, with a league to follow :-)