Back on the 11th of April 2007 I visited and played the 12-hole Crazy Golf course in Verulamium Park, St Albans, Hertfordshire. At the time it was just the 17th course played on what would become the epic Crazy World of Minigolf Tour!

I also re-visited it with my former Dodgeball Associates 'Rowdy' Russell Fenner and Paul 'Barer' Harvey for a three-round event on the 10th May 2007. 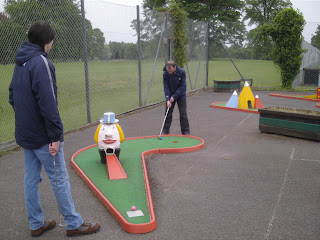 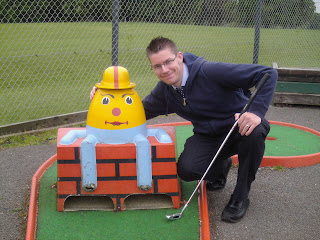 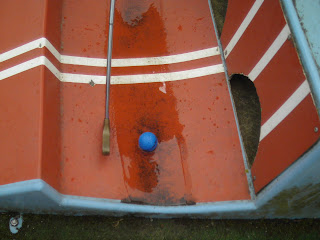 On the 20th November 2010 I was in St Albans so decided to visit the course to see what the course was like now.

Humpty was still there. 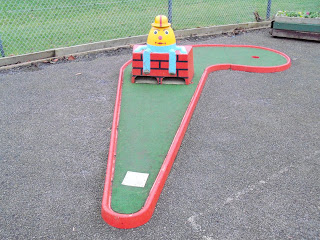 A blue Dolphin now 'Guards' the course from the corner! 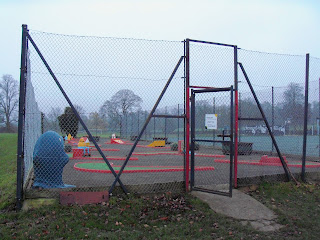 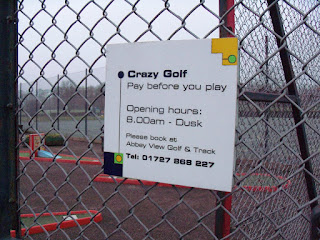 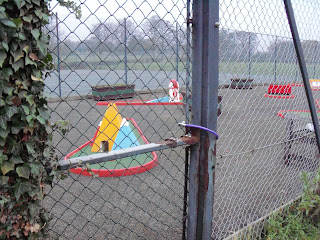 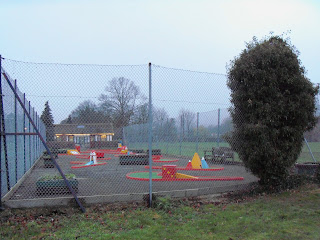 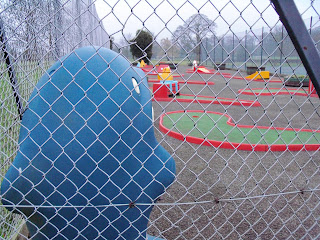 I also noticed that the following two holes have changed slightly:
Hole 1 - May 2007 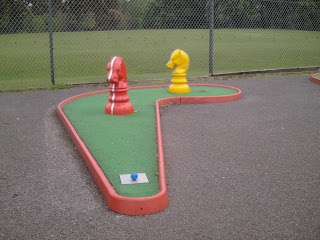 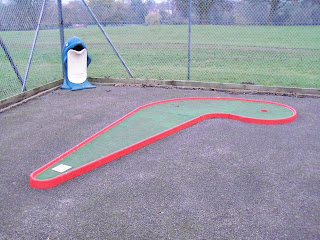 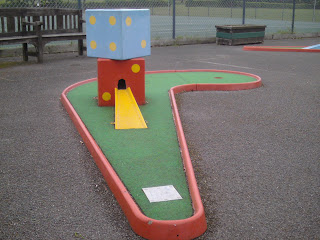 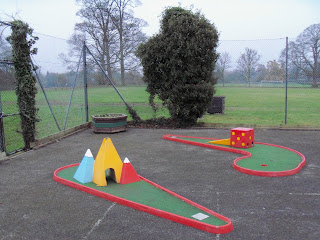 We have also played this type/design of course on a number of occasions on the Crazy World of Minigolf Tour, including:

And we've also visited these types of courses in the following places (but for one reason or another haven't been able to play them):

There is also a 9-hole Putting Green at the Abbey View Golf Course at Verulamium Park, it was getting dark and very cold so I didn't play it on this visit. 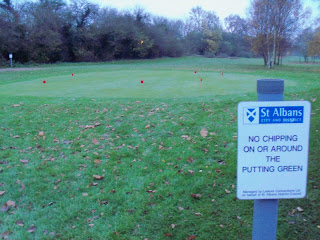 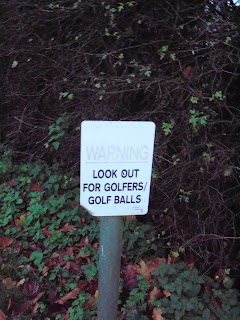 I heard via Twitter that the Crazy Golf course in Verulamium Park, St Albans has been updated. Check out a pic from the course via a Twitter post from the course operators Abbey Hill Golf Course.

In December 2013 we made a revisit to Verulamium Park to have a look at the new Crazy Golf course that replaced the one we'd previously visited and played.

The course became the 543rd visited on the Crazy World of Minigolf Tour since September 2006.