Luton Minigolfer Richard Gottfried picked up his 9th top 10 finish from 15 full BMGA Tour events of the season so far as he finished in tied 8th spot of 22 players in the fifth annual Kent Open in Sidcup, Kent on Sunday 14th November. 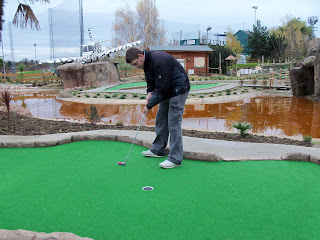 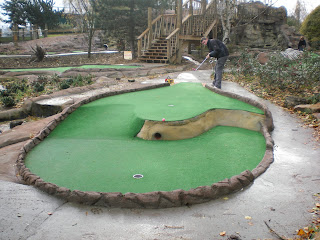 During the Kent Open main-event, a Team Tournament also took place for the first-time, with groups of players drawn together, and their individual scores pooled together for a team result. In this, Richard and his playing partners, Oxford’s Michael Smith, and, making his debut, Sidcup’s James Davies, picked up the victory, defeating six other teams with a team average of 38.7. 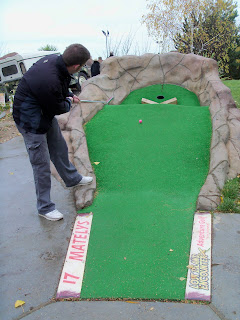 Richard said “With this tournament being the first held at World of Golf Sidcup I’m pleased with my 8th place result, as with only a few hours to learn and practice 36 brand new holes I managed some respectable rounds. The holes are quite tricky to master and they don’t give up as many holes-in-one as you’d like. I was also very happy to win the inaugural Kent Open Team Tournament alongside Michael and James, they were great playing partners and had some good rounds themselves.” 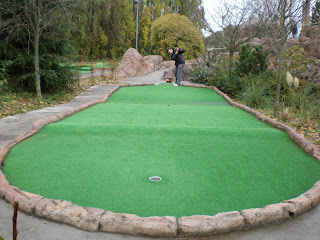