The team at Birdies are opening a new Crazy Golf course in Battersea later this year. 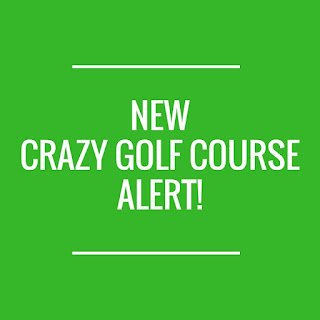 The new indoor Birdies Crazy Golf course will be housed inside a tunnel at Battersea Power Station. As well as the minigolf course the venue will offer street food and a bar.


For the last few years you've been able to play Birdies rooftop Crazy Golf at the SFG Club at Roof East in Stratford.

We played the first Birdies pop-up crazy golf course when it was in The Vaults underneath Waterloo station in 2015. Back then it was among the first wave of new-style of 'competitive socialising' miniature golf venues in London.


That course became the 672nd visited on our Crazy World of Minigolf Tour and the 390th we played.
Posted by Richard Gottfried at Monday, October 21, 2019