A return to Fantasia Adventure Golf in Felixstowe

Playing another round at Fantasia Adventure Golf in Felixstowe, Suffolk. 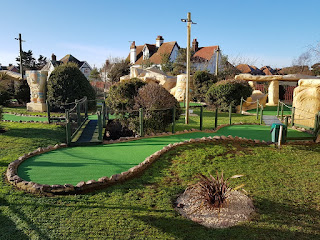 In December we returned to East Anglia to visit family and friends and while in Felixstowe  we swung by our most visited course, Fantasia Adventure Golf in Felixstowe. Luckily the weather was really nice and the course was open to play! 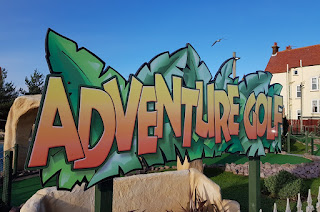 My opponents on this occasion would be Karl Moles and his daughter Arabella. Karl, the Suffolk Coastal champion defeated me on the course in our first round way back in May 2011. I'd gained a win back against Karl in our rematch in June 2014 so we were all set for a very competitive round on the 9-hole layout.

Karl started with a pair of threes, while I dropped shots picking up a pair of fours - the same scores as the debuting Arabella.


We all shot a three on the third hole - Twister - before Karl extended his lead with a hole-in-one on hole 4 - Humpy.


Threes followed on the fifth, fours on the sixth and twos for all on the seventh. Amazingly Arabella, with a little help from her mum Sophia, shot a three on the eighth hole, while Karl and I both hit fours.

Threes all round on the ninth hole meant that Karl had won with a round of 26. Arabella (and Sophia) placed second with a 28, while I won the bronze with a score of 29!


The Fantasia Adventure Golf course on Sea Road in Felixstowe is well worth a visit and is a tricky little layout. A two is as good as an ace on many of the holes. 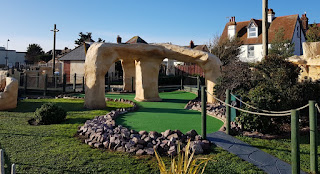 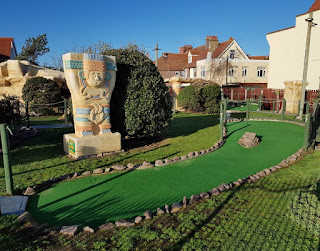 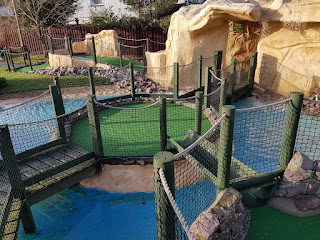 We're looking forward to returning once again. Perhaps the challenge series needs to be best-of-five games... 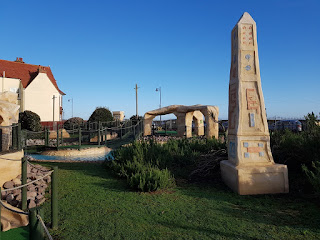