A visit to the Swedish Felt minigolf course at the Vasaparken in Vasastan, Stockholm. 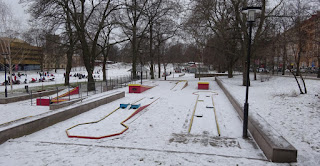 In February last year we made a short trip to Stockholm, Sweden and managed to visit nine miniature golf courses in 42 hours.


Bangolf Vasaparken in Vasastan, Stockholm became the 802nd course visited overall on our tour, and the 33rd overseas. It's a nice looking Swedish Felt minigolf course. 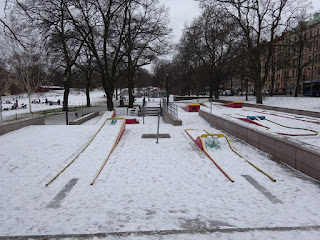 However, as it was out of season and very snowy we couldn't play it. 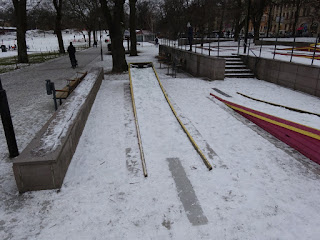 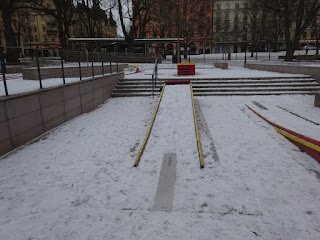 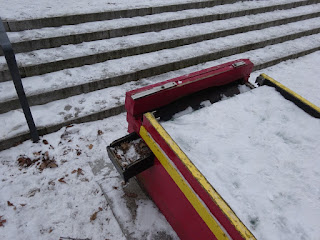 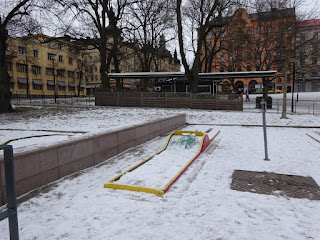 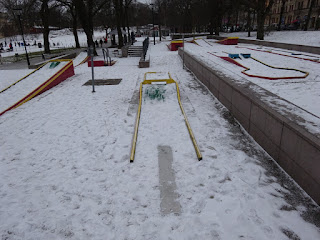 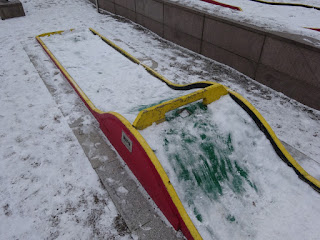 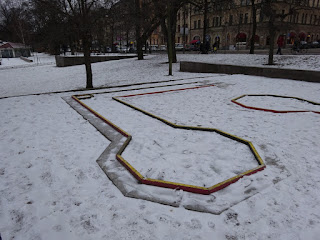 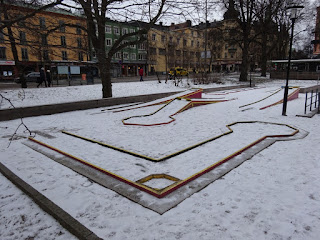 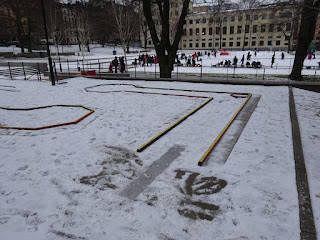 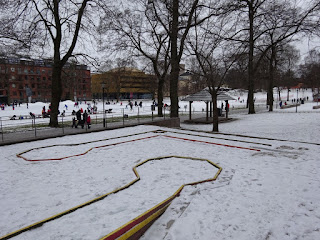 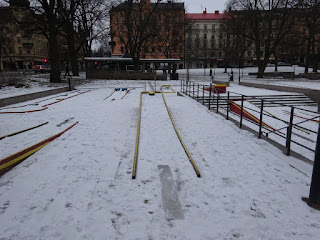 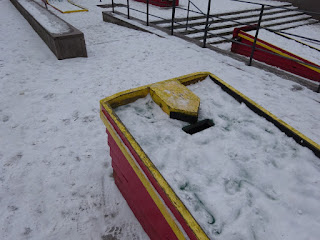 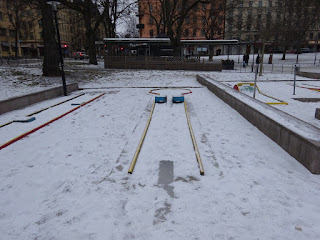 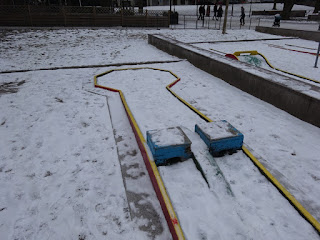 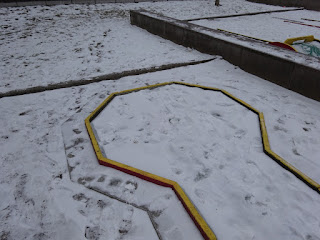 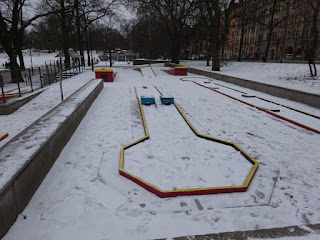 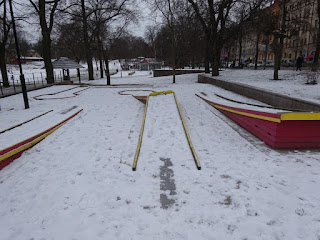 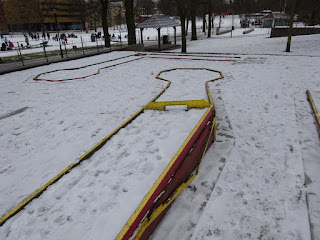 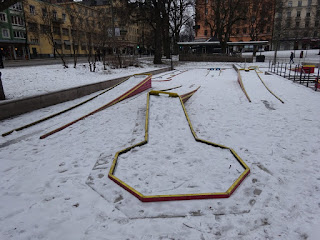 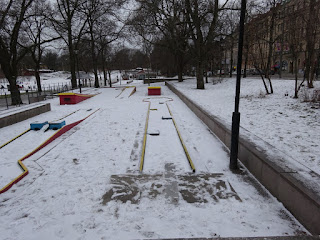 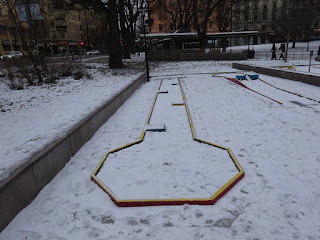 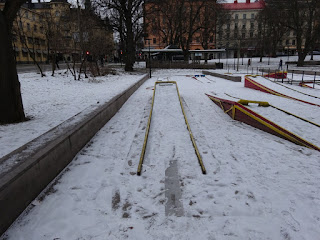 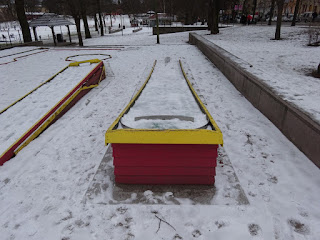 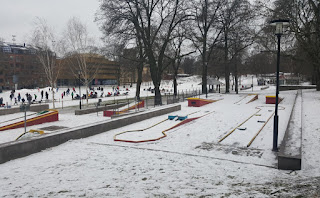 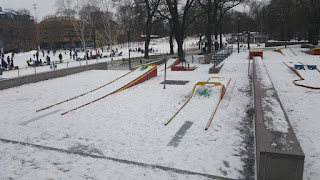 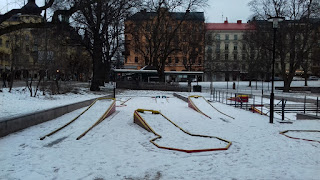 The course has a bit of a dubious claim to fame and I hadn't put two and two together until our friend Hans told us, but the course was the location of this infamous minigolf viral video!

During our trip to Sweden we made the BIG 800th course visit on our Crazy World of Minigolf Tour. That was at Swing by Golfbaren in Vasastan.