A revisit to the Crazy Golf course at Hesketh Park in Southport.


On Saturday 8th October we revisited Southport for the first time since 2009 and had to see if we could get a game on the Crazy Golf course at Hesketh Park. Luckily for us the course was open.


In our minigolf match-up I defeated Emily 21-27, scoring two aces along the way.


The course became the 418th played on our Crazy World of Minigolf Tour since September 2006. 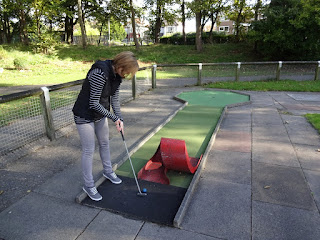 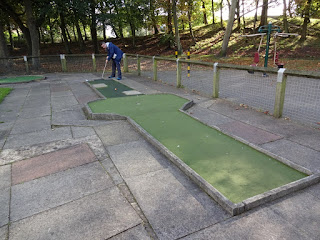 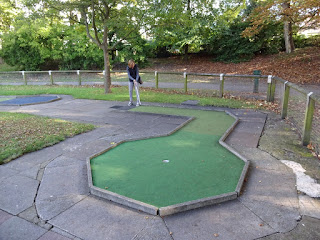 As a brilliant bonus I won a FREE GAME on the LUCKY LAST HOLE to add another FREE GAME TICKET to my collection.


The course was £1.50 for a round, and while the course looks a little rough around the edges it plays really rather well. 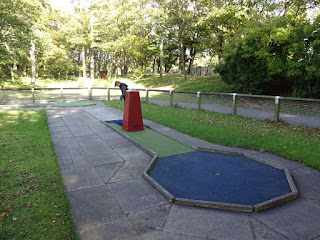 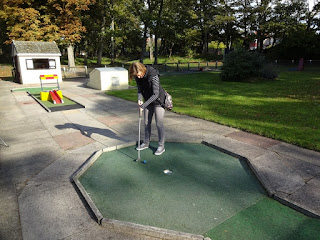 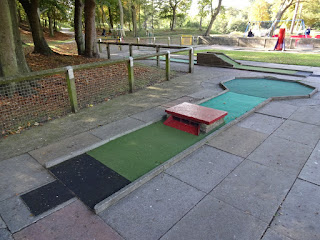 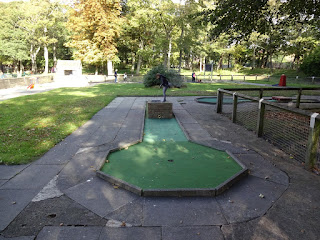 You can actually play some quite skillful angle shots and a hole-in-one is possible on almost all of the holes. Although at some point in the course's history some of the holes were a bit longer!

We also found out there's another Crazy Golf course very close to Hesketh Park, but only realised this after we left! Luckily we're heading back to the seaside town again next month so will definitely look up the Mini Golf course at the Botanic Gardens in Churchtown then.

You can now sign-up to receive our miniature golf newsletter.
Posted by Richard Gottfried at Saturday, October 15, 2016