The courses we played in the 2009 Cystadleuaeth Minigolff Cymraeg tournament were the 124th and 125th Mini Golf / Crazy Golf courses visited and played on the Crazy World of Minigolf Tour.

Both courses in Swansea were played 'blind' with no practice time prior to the tournament itself.

Both courses were of similar design and build and shared many of the same obstacles, the course at The Mumbles (below) was judged to be the tougher of the two. 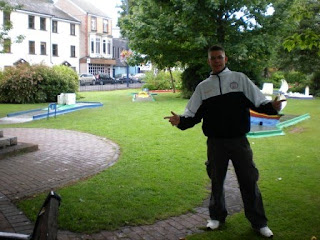 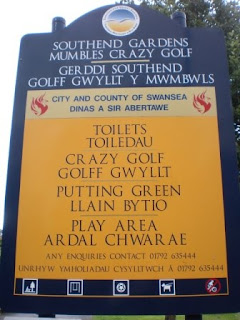 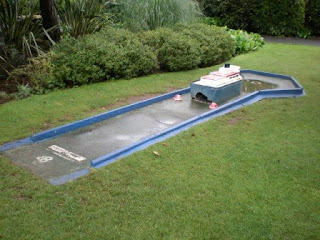 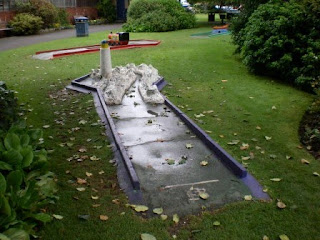 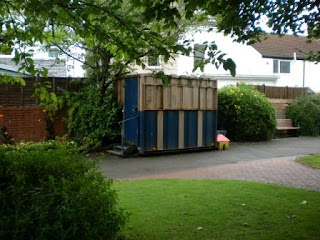 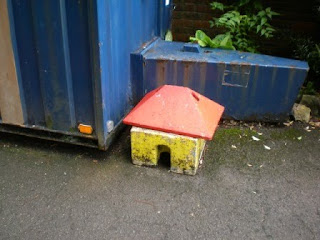 Although we didn't get to play the Crazy Golf course at Singleton Boating Lake on the day before the Cystadleuaeth Minigolff Cymraeg we did go along to have a sneak preview. 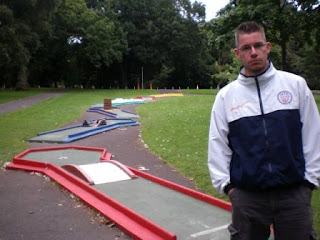 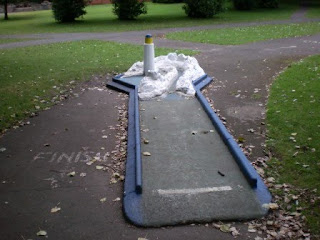 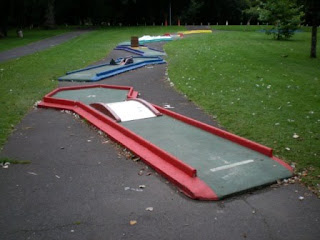