During our nine day, 983 mile road trip to play the Minigolf courses of Wales on our Crazy World of Minigolf Tour, Emily and I competed in a 31-round, 357-hole Minigolf Tournament which I won by 41 shots. However, Emily won the Aces competition with 29 holes-in-one over the tournament.

The full results can be seen in the table below: 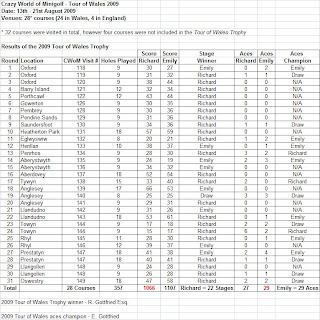 Below: Richard receives the Tour of Wales Trophy in Oswestry. 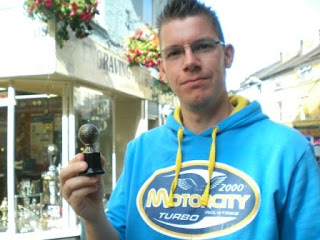