Revisit to the Crazy Golf course at Drift Park in Rhyl. 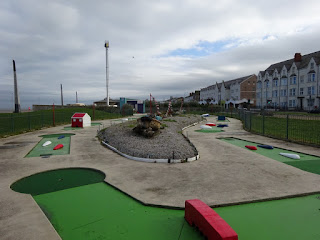 On our recent holiday in North Wales we revisited the Crazy Golf course at Drift Park in Rhyl. As we were there on a Monday and it was out of season it wasn't a surprise to find the course was closed. It appeared to be in good condition though. 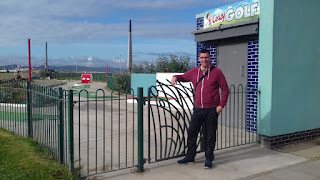 We played the course on our road-trip around the coast of Wales back in the summer of 2009. Back then it became the 145th course played on our Crazy World of Minigolf Tour. We also visited the course in September 2014. 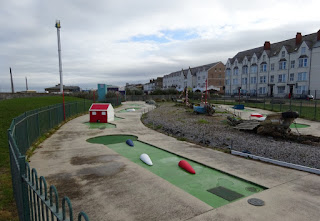 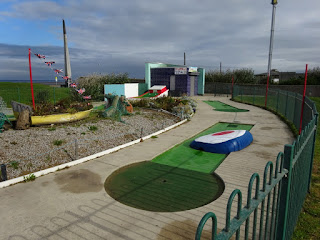 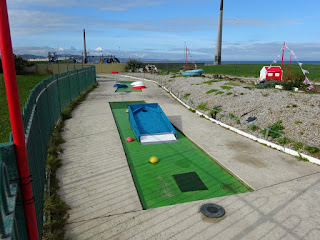 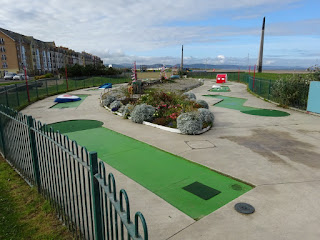