The 405th course played on the Crazy World of Minigolf Tour was at Cromer Putting. 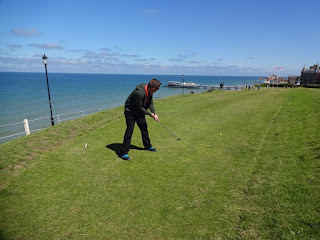 Emily had visited the course on the 13th July to make it number 689 on our tour, but had waited until my arrival on the 14th to give it a play.


It's brilliant fun, with fantastic views. It's also one of the longest Putting courses we've ever played and is certainly a unique layout. 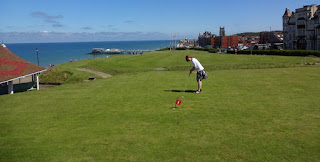 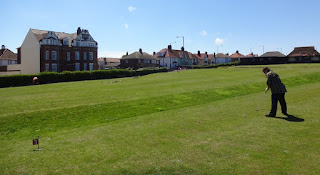 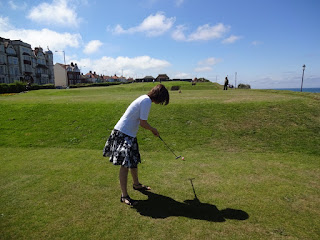 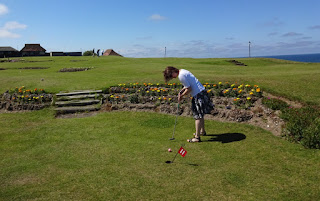 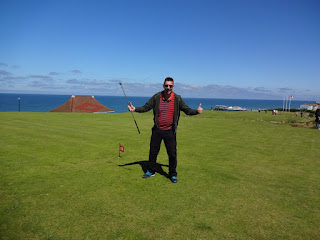 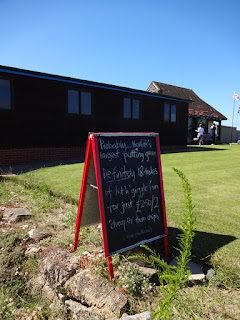 The people at the 18-hole course were very friendly and the lady showed me an old postcard showing the course in the 1930's - it was instantly recognisable. A round on the course costs £2.50 for adults and is a must play course if you're in the area.

In our match-up Emily and I drew on 50 apiece. Jo was third.

Cromer Putting has a sister Pitch & Putt course at The Meadow in the town centre. That looks like a very BIG miniature golf course!

You can also now sign-up to receive our miniature golf newsletter.
Posted by Richard Gottfried at Sunday, July 17, 2016