On Wednesday 23rd November 2011 I met up with old Dodgeball UK adversary 'Rowdy' Russell Fenner for a long-awaited rematch at the 18-hole Adventure Golf course at Watford TopGolf.

I've been visiting the course at TopGolf Watford since the 2nd of December 2006, when the course became the 8th ever played on me and Emily's Crazy World of Minigolf Tour. On this latest visit the first thing I noticed (after seeing the price increase to £6 a round) was the amount of changes and improvements that had been made to the course! 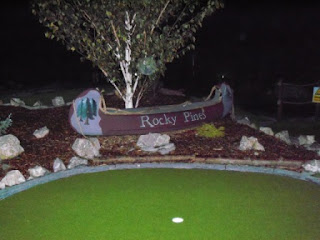 The last time I played there was in March this year, when the course had had some extra changes made to it. At the time it wasn't in the best condition (the 18th hole being particularly horrible, especially when compared to how it used to be - a well placed shot between two rocks would reward you with a hole-in-one more often than not. See here for a photo of how it looked during the changes in July 2010). However, the new modifications have made the course the most playable it has been since our first visits back in 2006, 2007 & 2008!

As well as new obstacles, the felt has been completely relaid so there are no patches or tears. Each hole has also had a sign put up and they all now carry names. 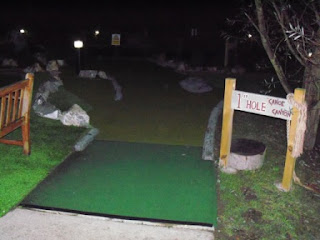 In July 2010 I played the Watford Adventure Golf course three times and on each visit the course was different! The first of those visits on the 7th saw the course a little worn in places, but quite playable. On my visit on the 13th a lot of pieces of felt were missing!? Most noticeably on the tee-off areas! Instead of felt the area was bare concrete. On my visit on the 22nd the finishing touches had been made to the 'refurb', with new patches of felt over worn areas, aling with new tee-off areas of felt (which play incredibly slowly). But the course was in a sorry state and not much fun compared to how it had been.

So I was very pleased to see the improvements, both in the general look of the course and in the playability of it. Some new bunkers have been added, tricky rock obstacles put in place, and some of the holes have been extended and/or widened. To play the course now is very different indeed compared to 2010 and earlier this year. 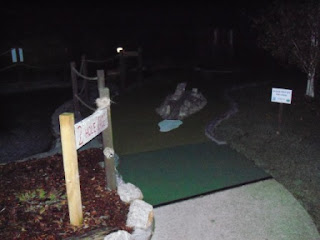 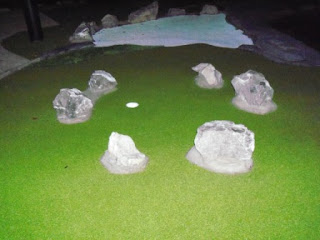 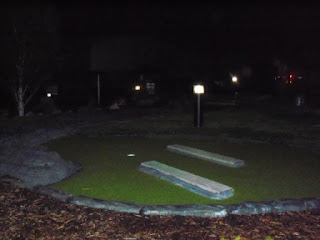 Photo: The addition of two parallel planks add a new way to play your shots on this hole 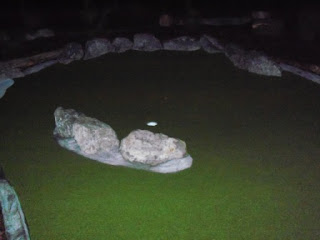 Photo: Hole 7 "Pine Pass" has had an interesting change made to it. It used to be a great hole-in-one opportunity, however the rocks have been changed to block the path to the hole! A bit of practice and a nicely weighted shot could see Aces still drop, but it's not as easy as it used to be 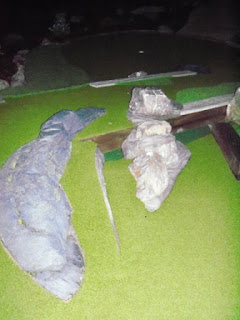 Photo: Hole 13 "Cross Paths" has also been significantly changed with the addition of a third route to the hole. My shot made it to the smaller of the two entry points to the tunnel, but was slightly too strong a shot and lipped out when it reached the hole 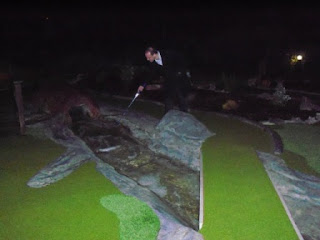 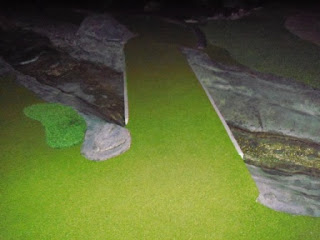 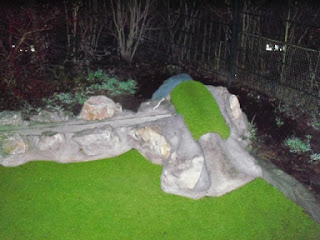 Photo: The dogleg left Hole 15 has also been changed to now include a ramp & tunnel in the corner. Using a very bouncy standard course (golf) ball meant that the shot into it was not ideal. However, using a good specialist minigolf deadball may see a better result 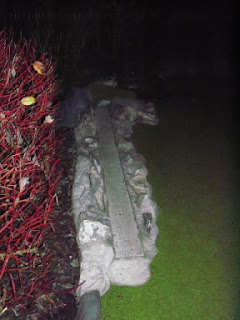 Photo: A view of the exit ramp on Hole 15 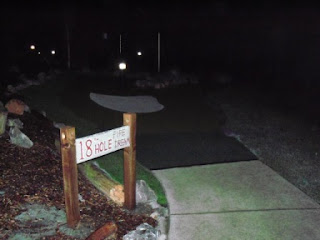 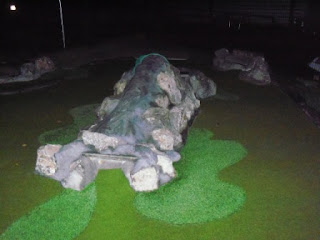 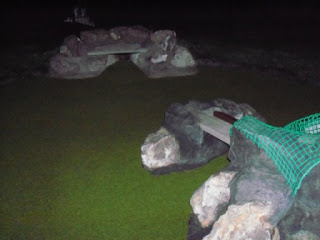 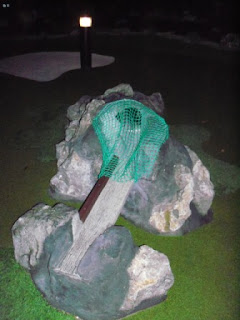 Photo: Hole 18 "Pipe Dream" - a view of the exit ramp from the main obstacle

In our match-up I scored a 44(+8) including holes-in-one on the 5th and 9th holes. 'Rowdy' Russell had a poor round though and scored a disappointing 55(+19), far worse than he normally plays as he usually gives me a good run for my money!

As the course is in such fine shape and with the many improvements made to it I think it's in good enough condition to once again host a British Minigolf Association Tour competition - it was the location for the London Invitational Tournament won by Brad 'The Fist' Shepherd in August 2008.

The Watford TopGolf Game Centre is located at Bushey Mill Lane, Watford Herts, WD24 7AB and is very easy to find if you follow the many Brown Signs it has had put up in the surrounding area. 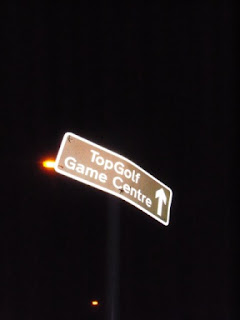 In order for 'Rowdy' Russell to attempt to gain a measure of revenge for his minigolf defeat we decided to have a game of Pool.

And with my shot managed to pot the black in the middle left hand pocket. As well as potting a red in the top right hand corner pocket. 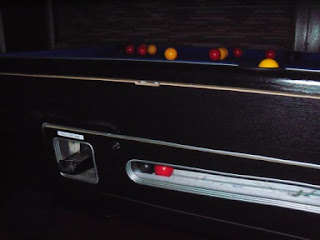 After our dismal performances in the Sportingbet.com UK RPS Championships last month we decided against having a Rock Paper Scissors contest to confirm an overall winner of the evening's activity and chose to call it a draw.


Link to more information, photos and videos of other course visits on our Crazy World of Minigolf Tour.
Posted by Richard Gottfried at Friday, November 25, 2011