In addition to the Worlds £2 Tat Challenge taking place at The Buttons on Saturday 29th October 2011, the venue also saw the Worlds Crazy Air Hockey Championships take place amongst a group of twelve Crazy Golfers, with a new champion guaranteed to be crowned following a no-show by 2010 Champ Kevin 'AWOL' Moseley!

In a thrilling final Wales' Peter 'The Puckmaster' Jones defeated England's Phil Exall 7-3 to take the title he's waited a whole year to get his hands on. 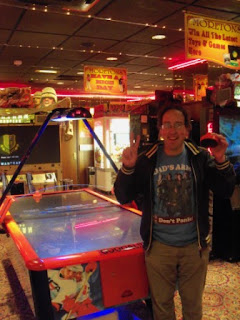 In the first semi-final:
- Keith Kellard lost to Peter Jones 3-4

In the second semi-final:
- Alex Exall lost to Phil Exall 6-7

The final saw last year's defeated finalist Peter Jones facing-off against Phil Exall to decide the ultimate champion at the event, with Peter Jones coming out the winner with a 7-3 victory, with a minute still remaining on the clock! 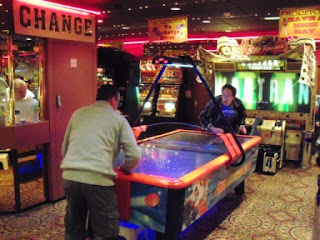 Photo: Phil Exall versus Peter Jones in the final

You can watch the closing stages of the match here: 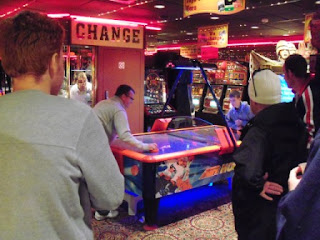 Photo: Father versus son as Phil Exall battles Alex Exall as the crowd looks on 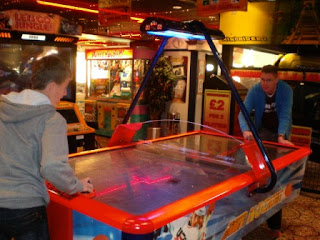 Photo: Alex Exall versus Richard Gottfried in a rematch from 2010. Alex would once again get the better of Richard 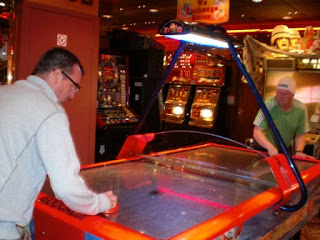 Photo: Phil Exall squares off against International campaigner Pasi Aho of Finland, by way of Germany 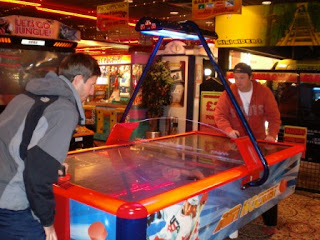 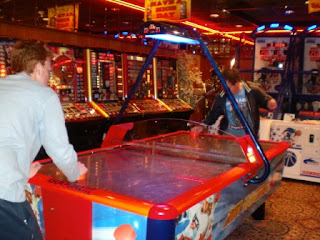 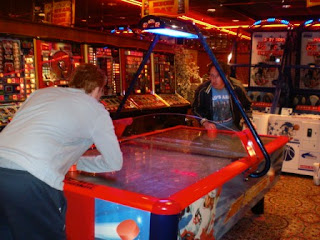 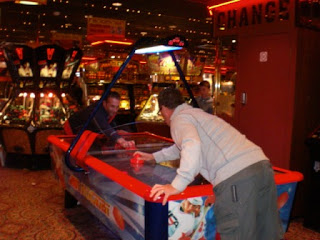 Photo: Paul 'Johnson Paul Johnson' Johnson and Phil Exall have a meeting of the paddles at the half-way line 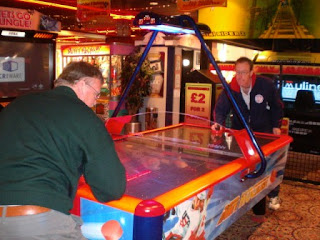