Luton Minigolfers Richard & Emily Gottfried’s 2011 BMGA Tour Minigolf Season came to an end over the weekend of the 26th and 27th November as the Four Ashes Golf Centre in Dorridge, Solihull hosted the final tournaments on the 2011 BMGA Tour

Richard competed in 14 BMGA Tour events, with Emily playing in 11 tournaments. 2011 was the pair’s fifth year as BMGA Tour players. 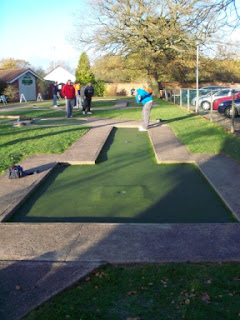 On Saturday 26th November Emily competed in the first-ever Cambridgeshire Minigolf Club Invitational Tournament and finished in fourth place with a score of 79(+7). 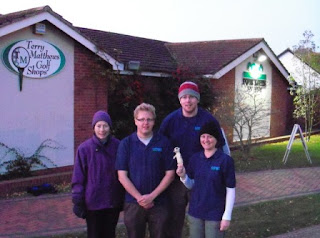 On Saturday 26th November Richard competed in the first-ever Green Minigolf Club Invitational Tournament and finished in fourth place with a score of 75(+3).

The competition was won by Oxford’s Michael Smith, with Chris Smith runner-up and Seth Thomas of Wandsworth third.

In the BMGA British Club Championships on Sunday 27th November Richard played for the Midlands Minigolf Club and he and this three team mates finished the event in third place. 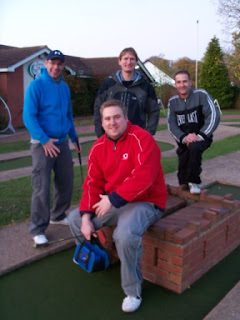 Emily and her Cambridgeshire Minigolf Club team were fifth in the seven team event, which featured teams from five of the BMGA’s Minigolf Clubs.

In the first group match Richard and Emily’s teams faced-off, with the Midlands winning 4&3 in the 12-hole Matchplay Match. The Midlands Minigolf Club went on to defeat the Allstars team by two-holes, before losing to the Kent Hurricanes team 2&1. In the semi-finals the team lost to eventual champions, the Kent Spitfires, 2&1, before winning the 3rd/4th place play-off match against the Kent Hurricanes 3&2. 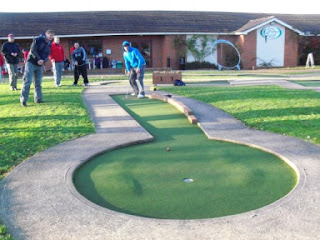