The Quest for Excalibur Laser Maze in Las Vegas While staying at The Excalibur Hotel and Casino in Las Vegas, Nevada we headed to the hotel's Fun Dungeon for a play on the amusements there. One of which was The Quest for Excalibur Laser Maze! As fans of Laser Games we had to give it a go! 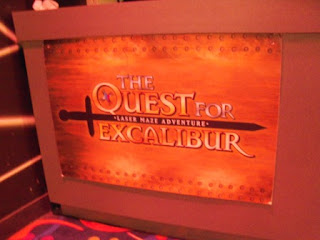 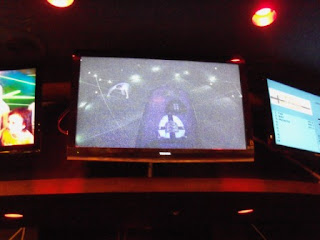 In had two goes in the Laser Maze, the first time I recorded on the 8th of September was 490.7 which, at the time, put me in 2nd place of 4 players and won me a Magic Hat! 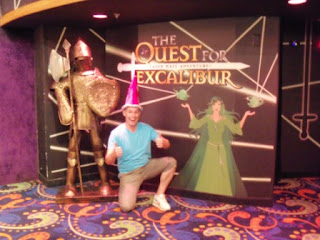 On the 10th of September Emily and I both had a go, with Emily scoring a great 232.5, but I bumbled to another 400+ score of 404.3. The competition was much tougher on the 10th and neither of us made the top ten to earn a hat, but we did both win a pair of Dollar Sign Glasses. 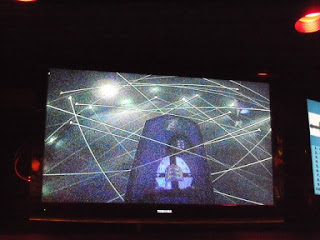 The only other Laser Maze we've ever played on our adventures was the one at Weston-Super-Mare's Grand Pier back in July.

Other Blog Posts About Lasers...
Posted by Richard Gottfried at Tuesday, September 20, 2011

The Laser Maze was pretty awesome. I was miles better that Rich and I wanted a hat...:)