While at the Circus Circus Hotel & Casino in Las Vegas we spotted a Boom-A-Rang Air Squash table in the Amusement Arcades and as big fans of these games had to give it a go.

Despite my previous poor showings in Crazy Air Squash contests - most notably in the 2010 Undisputed International Worlds Crazy Air Squash Championships - I actually managed to pick up the win, defeating Emily 7-2. 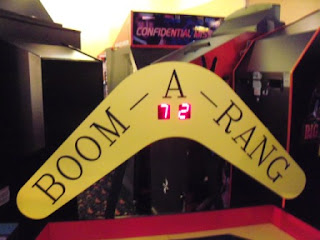 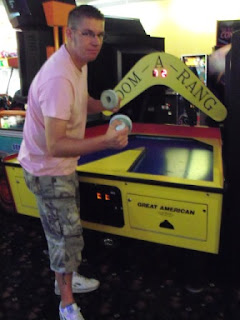 Most of the Crazy Air Squash tables we've found on our travels have been of the 'Air Squash' variety, indeed the Boom-A-Rang table is one of only two that I've played, the other being at LaserForce Laser Tag in Peterborough.
Posted by Richard Gottfried at Thursday, September 22, 2011