Thirteen players were registered in the 18-hole event at The Putt Park, the city’s only outdoor Mini-Golf course, to celebrate the second anniversary of the course. Richard shot a round of 43 to take the victory by one-shot from Emily after scoring a hole-in-one on the final hole, while Emily could only hit a three. 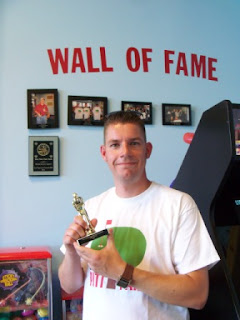 The tournament was played using The Putt Park’s Mini-Golf rules where each player teed-off in turn and then the player whose ball was closest to the hole played out their shots to completion. 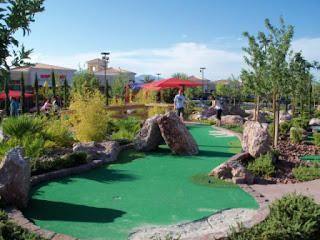 Emily plays a shot at The Putt Park

Richard said “I’m so pleased to have won The Putt Park’s Annual Tournament and earned my spot on their Wall of Fame. The competition was intense with Emily and the Canadian player Ryan Cordes pushing for the win and that made me play my best Miniature Golf. The victory for me and Emily’s runner-up spot made the trip to Las Vegas even more special, I’m looking forward to defending my title next year.”

Emily said "I was very pleased to finish runner-up. There was only one shot between first and second and it was a tough competition because it was so close! But Richard deserved to win it after his fantastic ace on the 18th! The Putt Park course and staff are wonderful and I can't wait to play there again next year." 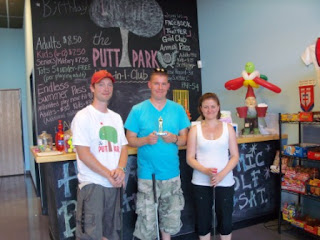 Richard’s winnings included a trophy for first place and other prizes with a $170 value including gift certificates for use at The Putt Park, and competition supporters Rambo’s Kitchen, Khoury’s Mediterranean Restaurant and the Callaway Golf Centre. 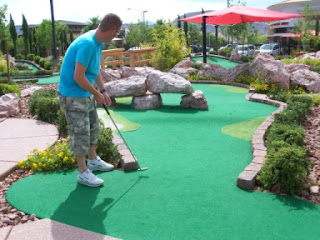 Richard Putts under a Rock

I thought that was your wall!! LOL :)

If only I had an old-skool Arcade Machine and a Wall of Fame at Squire Manor!

Well done Richard! Will be motivated to take down the champ next time!

Congrats and great meeting you!

Emily and I are looking forward to coming to one of your tournaments in Calgary, Alberta, Canada!