Between the 10th and 13th of June 2010 Luton Minigolfers Richard 'The Low-Roller' Gottfried and Emily 'Snake Eyes' Gottfried headed to Las Vegas, Nevada, USA to compete in a 4-round, 72-hole tournament to crown the first ever Las Vegas Minigolf Desert Classic champion.

Photo: The competitors line-up before the tournament! 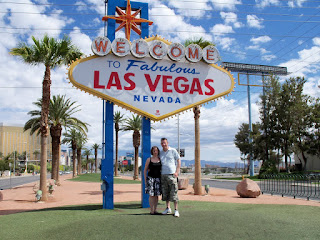 With a final score of 178(+34) the winner was Emily, having held the lead throughout the competition, beginning with her victory at King Putt Indoor Mini Golf on the 10th June, where she won by one-shot. Richard had a 72-hole score of 182(+38). 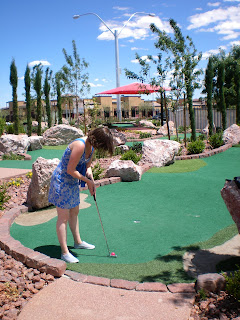 Videos from the final round at the Putt Park, including post-tournament interviews and comments are below.

Richard was Aces Champion in the competition with a total of 5 holes-in-one, to Emily's 3.

Photo: The 'fabulous' prize money up for grabs to the winner and runner-up. 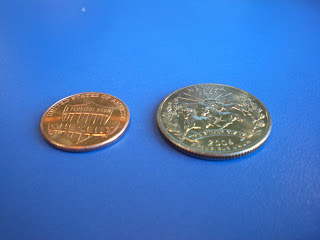 Emily continues her undefeated streak in the USA, having won the Irregular Mini Golf Tour's Las Vegas Invitational on her last visit to Las Vegas in September 2008.
Posted by Richard Gottfried at Wednesday, June 23, 2010