While on holiday in Las Vegas last month we were able to eat out at a number of great Gluten Free restaurants.

Among them were The Cracked Egg - 7660 W Cheyenne Ave #125, Las Vegas, NV 89129 - which had an extensive gluten free menu. I opted for the Southside Scramble, which filled me up for the whole day! 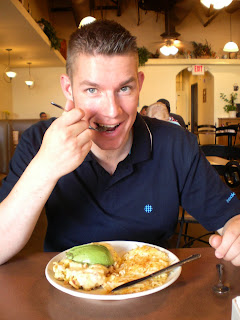 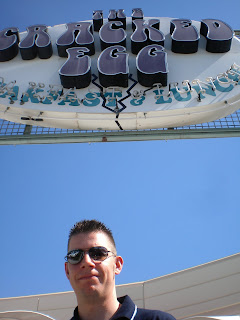 Botero at Encore Las Vegas - 3131 Las Vegas Boulevard South, Las Vegas, NV 89109-1967 - I had Steak Tartare to start (for the first time ever) which was excellent, followed by Organic Roasted Chicken, frisee salad and a natural jus. The service and the specialist menus were brilliant. 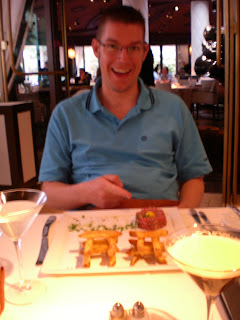 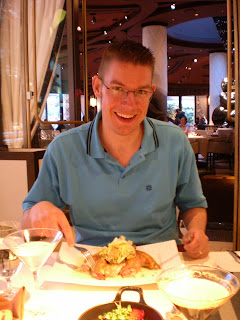 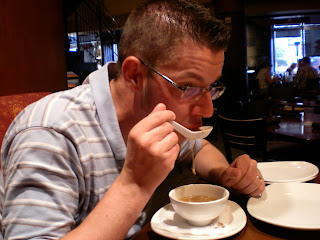 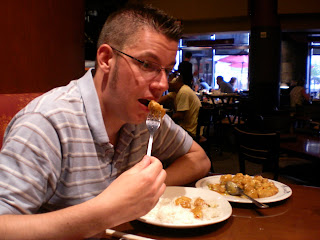 Outback Steakhouses - On the first evening in town we went to the restaurant at the Coke Bottle - 3785 Las Vegas Blvd, 4th Fl, Las Vegas, NV 89109 - (where I had an excellent Rib-Eye Steak and Garlic Mash, plus a huge side-salad), we returned on the last night and I went for a huge full rack of ribs (that I couldn't finish), and on our last day we went to the branch at Casino Royale - 3411 S Las Vegas Blvd. Las Vegas, NV 89109 - (where I had another Rib-Eye Steak - this time for brunch!). 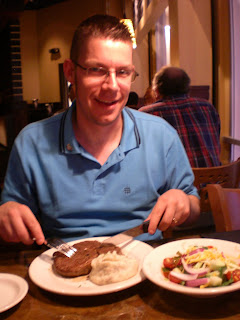 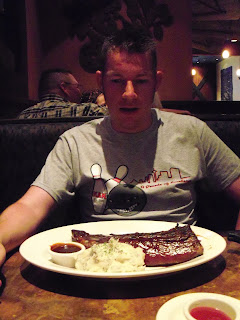 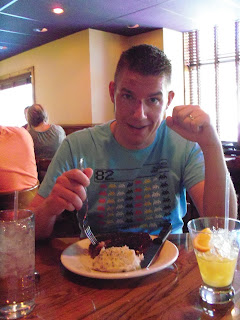 Big Al's Oyster Bar at The Orleans Hotel & Casino - 4500 West Tropicana Avenue, Las Vegas, NV - did some great Cajun seafood, and had great service. It's a little off the strip, but well worth a visit to The Orleans. The hotel also has a great tenpin bowling alley! 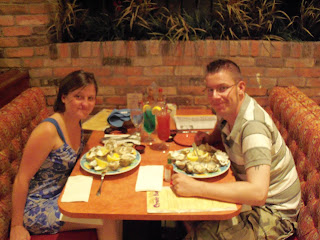 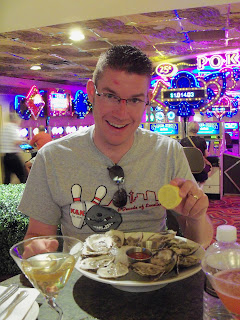 Redbridge Beer is great, and we also picked up a case of Bard's Beer, which was nice too.

Ahead of our holiday the Gluten Free Las Vegas Blog was a great source of information.

Unfortunately we couldn't visit every place that could cater for Coeliacs/Celiacs, but that is just one more reason for us to return again!

I also managed to drink plenty of my favourite soft drink while in the US - Mountain Dew! 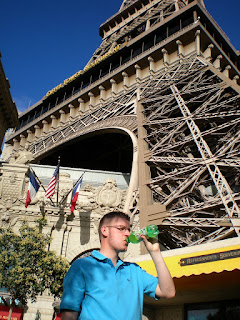 The Wal-Mart Version - Mountain Lightning - is good too. 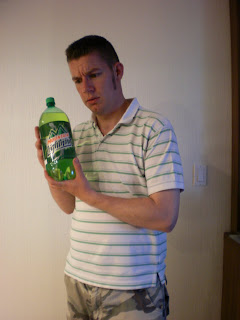