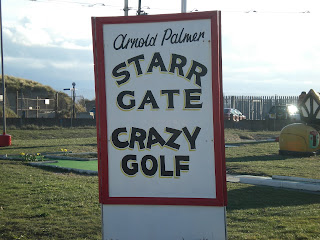 One of these courses is the Arnold Palmer Crazy Golf course at Starr Gate. This 18-hole course was the 45th course we visited on the Crazy World of Minigolf Tour back on the 12th April 2008 (while in Blackpool for the 2008 Pleasure Beach Open tournament). 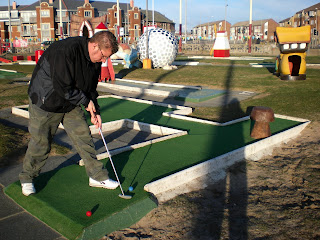 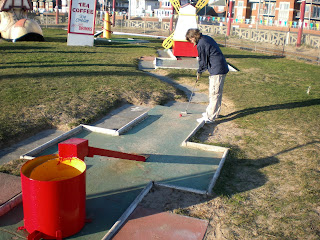 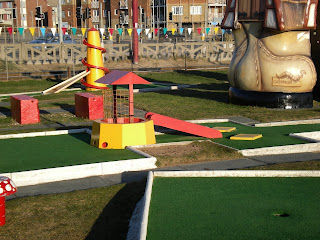 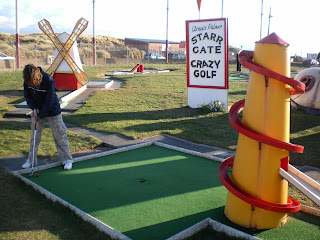 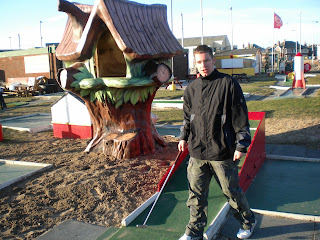 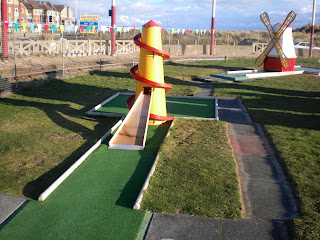 In our Irregular Mini Golf Tour match at Starr Gate, Emily and I both scored 49(+13), but as I had scored most holes-in-one (1!?) I picked up the victory!

The course also featured one of the highest placed giant fake ice cream cones I have seen on my travels - very unique! Other Crazy Golf and Minigolf photos from our visit to Blackpool in April 2008.

Some of Blackpool's other courses were also visited in September 2009:
- Minigolf Course Visit No. 151 - Blackpool, Golden Isle Indoor Adventure Golf

Looking through the magazine/guide 'Great British Holidays' from 2009 there is a photo of the course and the hole pictured looks to have been re-felted.

Check out the blog post and videos from our most recent visit to what's left of the Crazy Golf course at Starr Gate in Blackpool.

Many thanks to our friend Philip Walsh for sending over a tram's eye view of the old Crazy Golf course at Starr Gate in Blackpool.