Back on the 14th June 2008 we were heading to Northallerton on a roadtrip (that would also see us play courses in Scarborough and Filey) and were passing by Coalville on our journey up the M1 so decided to look in on the (then) brand new 9-hole hole course. 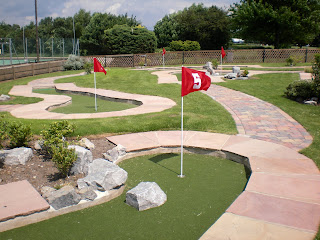 The course in Coalville, Leicestershire was the 54th we visited on the Crazy World of Minigolf Tour at that point. 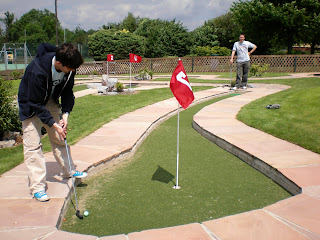 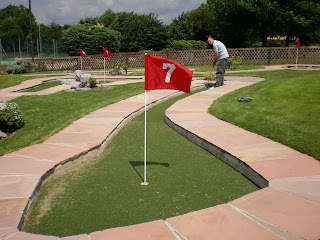 While we were there we held a three-player Irregular Mini Golf Tour competition that saw me, Emily and our friend Daniel Marsh play a two-round (18-hole) match. The first round was a qualifier, with the top two players then facing off against each other in round two. 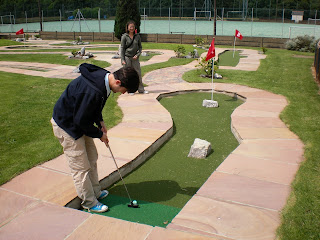 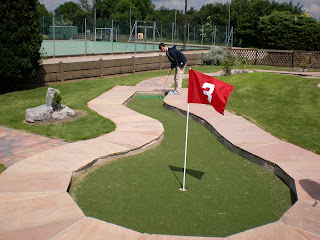 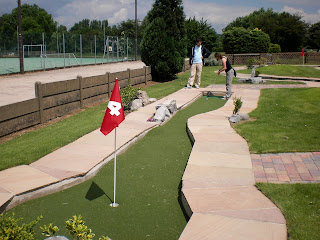 The next time we're heading north we must pass by the course for another round or two.
Posted by Richard Gottfried at Sunday, February 14, 2010