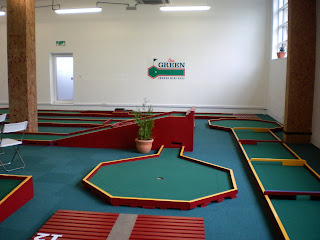 Today we visited the 206th course on the Crazy World of Minigolf Tour, when we played the brand new 18-hole indoor Swedish Felt minigolf course in Hither Green, Lewisham, London. 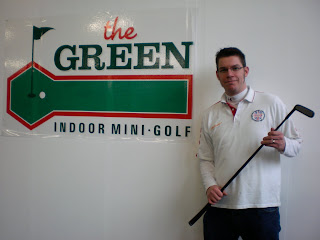 The course opened two weeks ago and as soon as we found out about it we had to give it a go. The one and only previous round of Swedish Felt Minigolf we played was following the Nations Cup tournament in Tampere, Finland, when the Great Britain Team held an Unofficial 'British Swedish Felt Run Championships' (aka 'The Rotten Shark Classic').

In total I played four rounds and Emily played two. 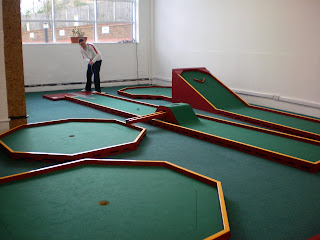 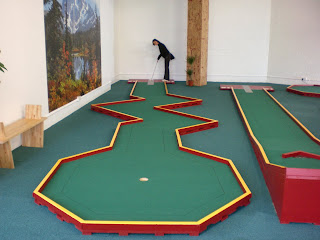 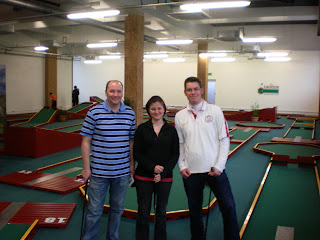 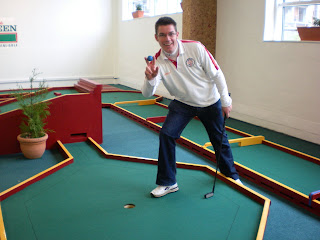 The course is the first full size Swedish Felt Minigolf Course that I know of in the UK. We have played quite a few of the smaller Swedish Felt 'B-run' courses on our travels, but only the one full size course in Finland.

Swedish Felt is also interesting to play as it offers options for the level of difficulty for some holes. For instance, some of the gaps between obstacles can be made narrower, while some holes with helpful barriers can be lifted or dropped to determine the hole's difficulty.

I'm looking forward to returning to play more (and improve!).

Videos from our visit. 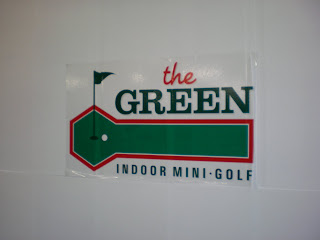 Link to a blog post about other Mini Golf, Crazy Golf and Adventure Golf courses in and around London.
Posted by Richard Gottfried at Sunday, February 07, 2010

Unfortunately this course is no longer open :-(