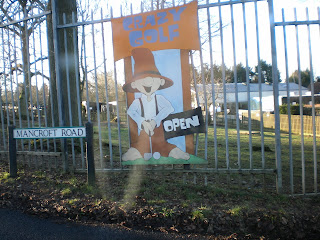 The first Minigolf Competition to be held in 2010 took place today at the 18-hole Crazy Golf Course at Woodside Animal Farm, Slip End Village, near Luton.

The 2010 Luton Invitational Tournament featured four players, who braved Arctic-cold conditions on New Year's Day over the 18-hole round.

The winner was 'Squire' Richard Gottfried, with '?' and Emily 'Coach' Gottfried tied for second place. Simon 'The Ice Man' Hall finished in fourth place, but impressed with two holes-in-one in his debut on the Irregular Mini Golf Tour.

The results from the event count towards the 2009/10 Irregular Mini Golf Tour Rankings.

Photos from the 2010 Luton Invitational. 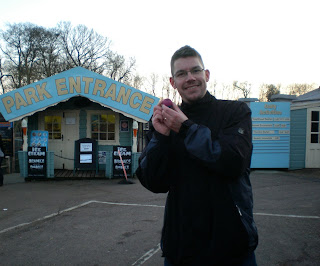 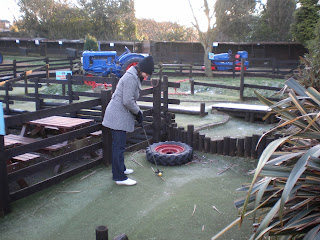 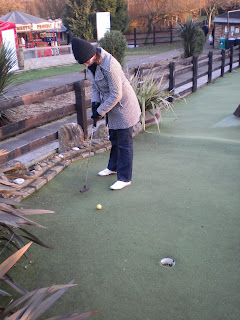 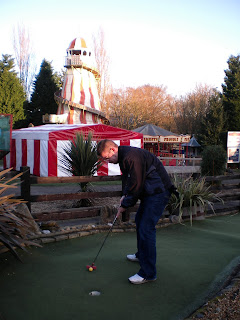 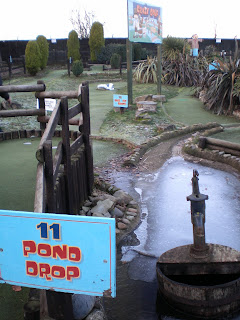 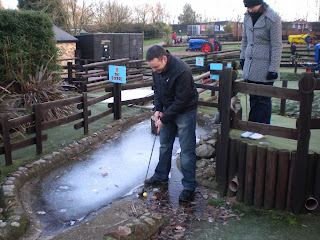 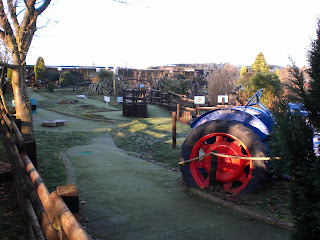 In results from the Minigolf Doubles Match also held on the 1st January 2010 at the course:
Richard Gottfried & Emily Gottfried defeated Simon Hall and his Mystery Partner 5&3.

The Crazy Golf course at Woodside Animal Farm was the fourth course visited on the Crazy World of Minigolf Tour back on the 27th October 2006.

Photos from the trip to Woodside Animal Farm. 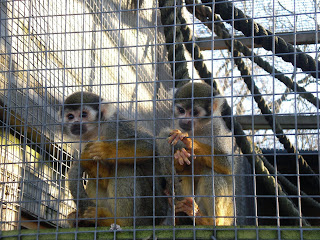 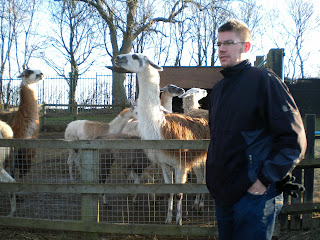 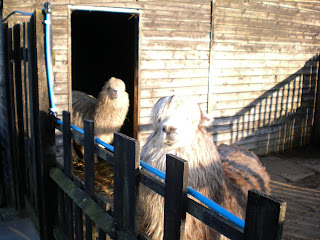 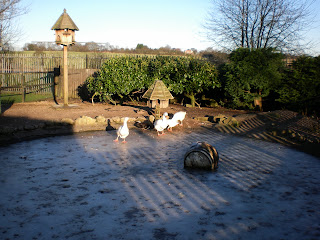 The visit to Woodside Animal Farm was part of the Farm's New Year's Day Party that was raising money for the charities Grove House & Keech Cottage Children's Hospice. 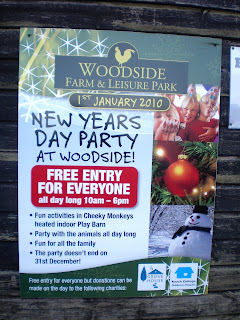 I would like to thank the organisers of the 2010 Luton Invitational Minigolf Tournament for organising this prestigious event.

It was a tough game with extensive fairway debris and treacherous frozen water features to contend with.

Despite finishing in fourth place, I've gained some useful techniques from the seasoned professionals I played against. Thank you for your support and encouragement!

Thank you for the comments.

I look forward to competing against you further over the coming season!