Back in July Minigolfers 'Squire' Richard Gottfried and Jon 'The Stance' Angel competed in a round of 'Big' Golf at the Par-3 course at Tea Green, near Luton. In that match Richard came out on top, winning by one-shot.

Yesterday they competed in a re-match, this time on Jon's 'home' turf at the 9-hole Par-3 course at the Stanmore & Edgware Golf Club.

After some great action in the very cold and icy conditions (preceded by a warm-up at the Driving Range at Northwick Park - who's own course was closed due to frozen greens, and on the 9-hole Putting Course at Stanmore) it was Richard who again won (and again by one-shot) in a close fought contest, with a total of 41(+14), to Jon's 42(+15) and Dan's 43(+16). 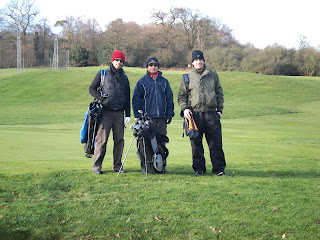 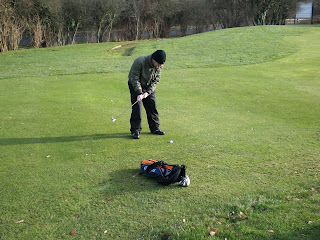 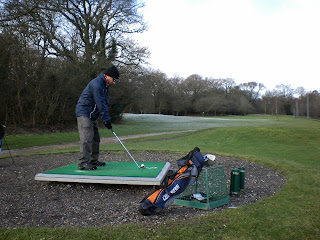 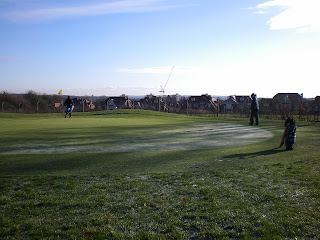 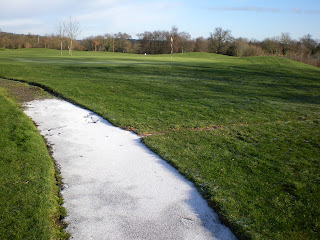 Due to demand, the BIG Golf/Pitch & Putt Series has now been extended to a best-of 5 match series.

Thanks. It was a good match and very close.

I enjoyed the Brockley Hill course. Very testing playing on ice-rink greens too!