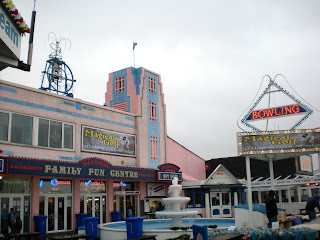 While we were in Suffolk at the weekend we made a traditional Christmas-time visit to the seaside resort of Felixstowe.

We've had many great contests on the Irregular Mini Golf Tour at the Felixtowe Crazy Golf and Adventure Golf courses over the years.

During the summer all four of the minigolf courses are usually open, but in the 'off-season' (which doesn't exist on the Crazy World of Minigolf Tour) only one course can be guaranteed to be open - the Golf FX at Mannings Family Fun Centre and Amusement Arcade.

However, on our most recent (re)visit on the 13th December 2009* we noticed that the 13-hole Golf FX has been renamed Magical Golf FX!

When we played the refurbished, but not too modified, Magical Golf FX course I scored a 39(+13) to beat Emily, who scored a 47(+21), in the Irregular Mini Golf Tour Magical Golf Open. 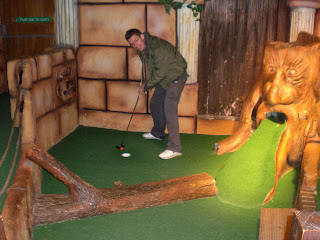 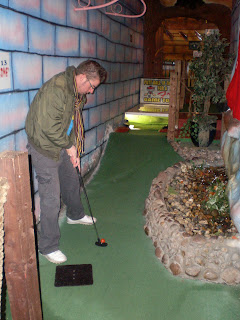 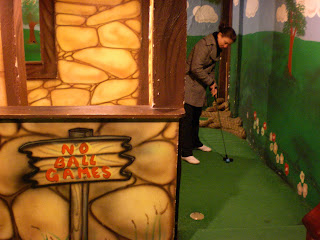 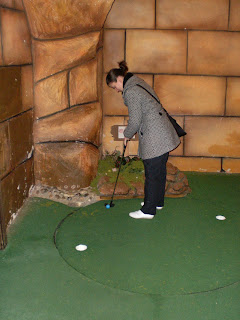 Looking at my records from 2008 we also visited the Golf FX Adventure Golf course on the 13th December 2008! On that occasion I beat Emily 35(+9) to 38(+12) in the Felixstowe Classic event on the Irregular Mini Golf Tour.

In the photo below (from June 2007) you can see the change of sign, as the 'Golf FX Character' is no longer used. 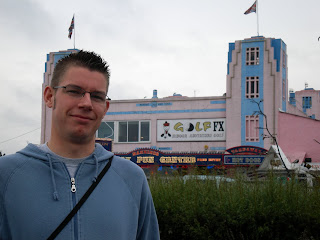