On Monday night we made a trip to Adventure Island Mini Golf at Star City, Birmingham to take advantage of the great Monday night deal of 'Unlimited Minigolf' between 6pm and 11pm. 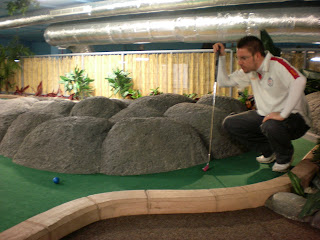 I hadn't played there since the Star City Open last January. 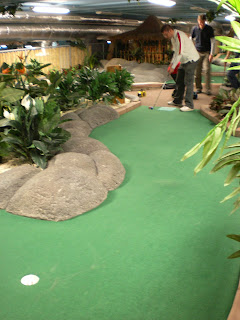 During the evening I managed three friendly rounds.

In a friendly versus Chris Harding, Paul Johnson and Owen Johnson on the Hidden Cove Challenge course I scored 37(+1) to finish 3rd. This was way off my personal best of 32(-4).

In total I scored seven holes-in-one over the 54-holes.

There was also time for a Doubles Matchplay match on the Lost Hut Trail course with me and Paul Johnson teaming up (as 'The Pineapple Bits') versus Owen Johnson and Chris Harding (as 'The Grapefruit Chunks') in the first-ever 'Safe Route Challenge Competition'.

Paul and I lost to Owen and Chris 3&2 to extend my 'Enhancement Talent' losing-streak in Minigolf Doubles matches to three. 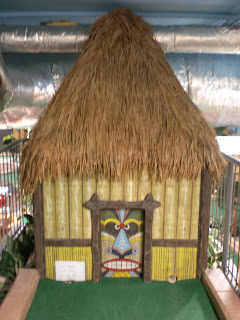 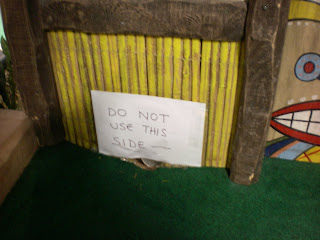