Putt18 Battle of the Brits competition

Update from the Putt18 Battle of the Brits putting tournament.

I competed in the Putt18 Battle of the Brits putting tournament yesterday evening and scored a total of 281 over 72-holes - a new personal best four round total. 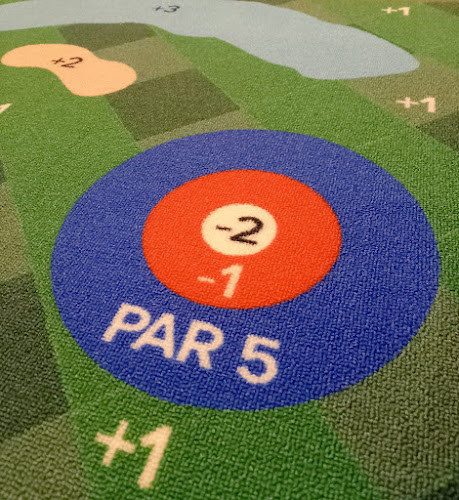 My scores were as follows:
My round of 67 was also a personal best.
You can watch my rounds on the Putt18 Player Events Facebook Group.
Eight British players are competing in the event during January.
With one player left to compete I'm currently in first place in Net scores and third place in Gross un-handicapped scoring.
More information on the Battle of the Brits competition can be found on the Putt18 Facebook Group.
The 2021 Putt18 World Pro League tees-off today with players from the UK, Australia, New Zealand and the USA in action over the coming months.

Minigolfers, golfers and other players from around the world have been playing the Putt18 golf game mat for fun and in competitions during the pandemic.
The roll out putting mat allows players to compete on an 18-hole course from their own home - and against other people around the world. Players tee-off from one of six tee boxes and aim at each of the three holes in turn, starting with a par-4, followed by a par-5 and ending on a par-3. They then move to the next tee position and take aim at the holes in turn again.
Emily and I competed in the first Putt18 Four Nations Cup in May last year and I played in the inaugural Putt18 World Pro League that was completed in October 2020.
The Putt18 World Pro League was a fun and interesting way to keep on putting and compete during the pandemic. It was also a first in terms of getting players from around the world to compete on the same playing surface in a regular league format.
With no end in sight to the coronavirus pandemic and with Stockport in the highest level of restrictions it looks like we'll be doing a lot more putting at home and socialising via competitive isolation activities for some time to come.