Final results of the first ever Putt18 World Pro League. 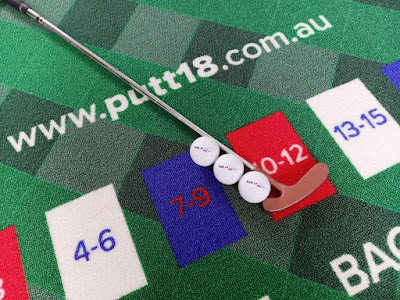 Matt was the wire-to-wire winner of the league with a tremendous display on the Putt18 Golf Putting Game Mat.

The Putt18 game mat consists of six tee-off boxes and three target score zones. Players must hit their balls from each of the tee boxes in turn aiming at the Par-4, Par-5 and Par-3 targets while avoiding fairways, bunkers and water hazards that carry penalty points. After the 18 shots have been played you tot up your score to see what you've shot for your round.

Players from Australia, New Zealand, Great Britain and the USA competed in the seven event series.

Each player had a 20-minute time limit to play four 18-hole rounds for a 72-hole total score in each of the seven events. There were additional points on offer for low scores and the round total.

20 players competed in the league. Matt Ansley took first place with a score of 866 points. Dave Gomm (GB) was runner-up with 693 points, with John Ansley (NZ) in third place with 655 points.

Also in the prize money were Cameron Couper (NZ) with 578 points and Josh Mars (AUS) with 455 points.

The leading US player was Pat Sheridan in 8th place on 352 points.

During the tournament Matt shot an average score of 63 per round.

As well as being runner-up Dave Gomm shot a world record low round score of 57.

In the team event New Zealand won, with Australia runners-up and Great Britain in third place. 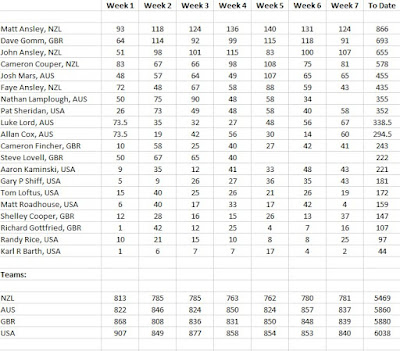 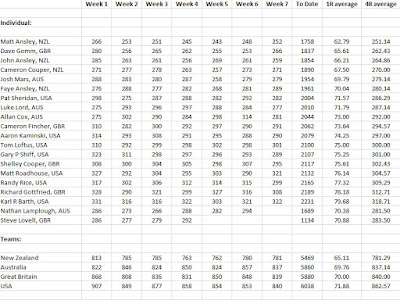 Find out more about Putt18

Competitive isolation and Putting at Home 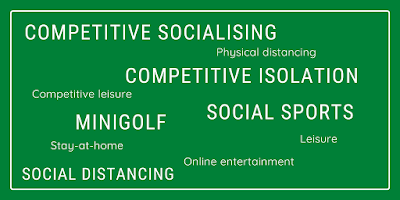 The Putt18 World Pro League has been a fun and interesting way to keep on putting and compete during the pandemic. It's also been a first in terms of getting players from around the world to compete on the same putting surface in a league format.

Read more in my blog post about Keeping social and competitive in the new world of physical distancing.