I won the Weymouth Open minigolf tournament on this day in 2008. 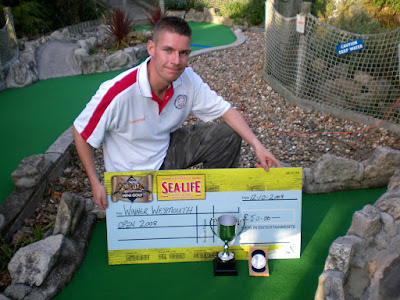 What a day that was!
The inaugural Weymouth Open minigolf competition was held on the 18-hole Pirate Adventure Mini Golf course at the Weymouth Sea Life Centre at Lodmoor Country Park. 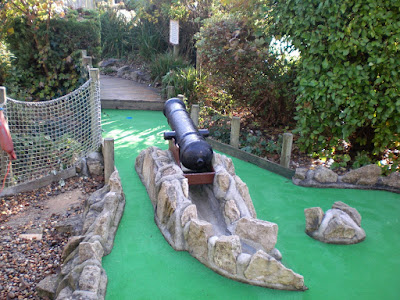 I had a very good record in Weymouth Open events. As well as winning the individual title in 2008 my team-mate Chris Harding and I were the Weymouth Open doubles champions in 2011. 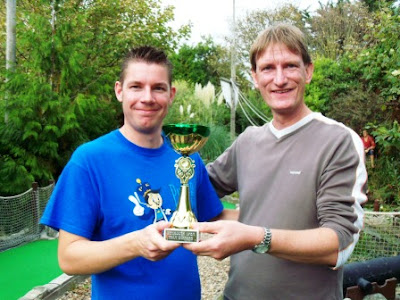 I was also runner-up in the 2009 and 2011 events and seventh in 2010. In the 2009 tournament Kevin Moseley and I were tied after two rounds and it took 4-holes of a sudden-death play-off to separate us. 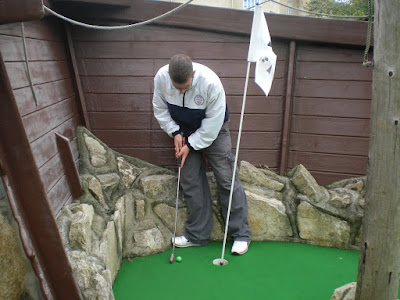 The course was the 77th played on our travels. We've now been to 956 courses since September 2006. 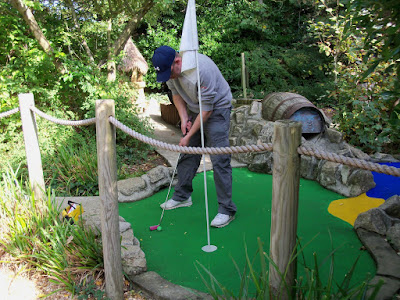 I've heard that the Pirate Adventure Mini Golf course at the Weymouth Sea Life Centre has undergone some changed in recent few years. It'll be interesting to revisit the layout on our Crazy World of Minigolf Tour.
Posted by Richard Gottfried at Monday, October 12, 2020