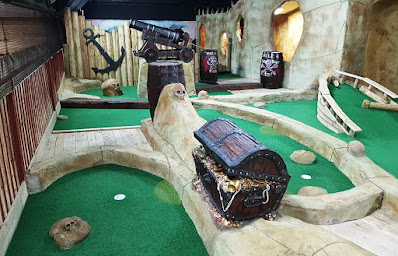 Last Thursday we visited our 900th minigolf course in the British Isles. 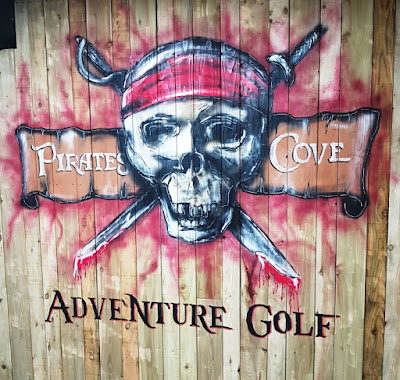 The location of our milestone game of miniature golf was the indoor Pirate Cove Crazy Golf course at the New York Thunderbowl tenpin bowling centre in Kettering. 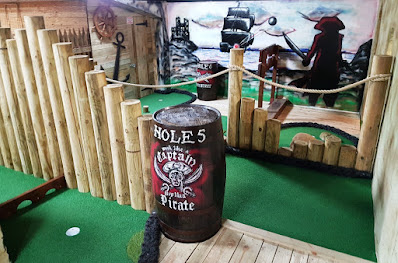 The 9-hole minigolf course is on a mezzanine above the arcade games in the tenpin bowling centre and has been very well made.

We really enjoyed our game and a drink in the bar afterwards. Chilling out in the pirate themed bar was well earned after a very long drive down to Kettering from Stockport. If the journey had taken any longer we might have arrived after the course had closed!

The result of our minigolf match-up was a tie as we both shot rounds of 23.


Visit the New York Thunderbowl website for more information, opening times and prices for all of the activities at the centre.


The very first course we played was a pirate-themed adventure golf layout. We wonder whether the 1,000th course will be too?


When our adventures began in 2006 there were 600 miniature golf courses in the UK. There are now around 1,200 places to play the game.