A visit to the Retro Arcade in Warrington. 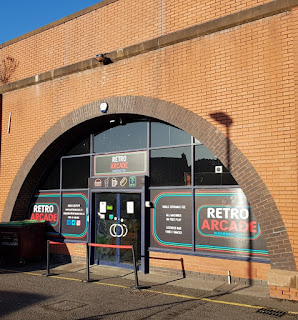 We've been to quite a few arcades, retro bars and barcades over the last few years and Retro Arcade is easily one of the best. 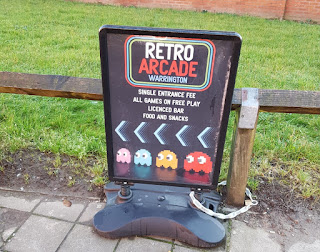 As I grew up playing in the amusement arcades of the 1980s and 90s I remember how brilliant it was back then.


I also remember how far I ever managed to get in games. Even though I played back in the days when a game was 10p a go I never had enough money - or patience - to play anything all the way through. I used to love having a go on as many games as I could with my pocket of change. A lot of the time my brothers and I spent in the arcades would be waiting our turn while watching older and better players on the machines. That and making out we were playing while watching the attract screens, the FBI Warning from William S. Sessions and demo modes.


There's a marvellous range of original cabinets at Retro Arcade and when I first walked in it took a few seconds for me to take it all in. Some of the rare titles on offer include Tron and Video Pinball.


For an £8 entry fee you receive unlimited play on stacks of arcade machines. There's also a SEGA Mega Drive, NES and PSone tucked away at the back near the bar area and I enjoyed playing Wardner on the Mega Drive. It's one of my all-time favourite arcade games.


When I got inside I had a quick play on RoboCop and died on level one. I then had a go on Hyper Sports and then had a wander.

We went to the bar and then I went back to the Data East RoboCop cabinet. As the machines are all set to free play mode I knew this was my opportunity to finally complete the game. And I did. If I had been spending 10p or 20p a go on it I'm certain I would've spent all my pocket money for the month playing the game the way I went through continues.

After accomplishing a feat 31 years in the making I had a bit of a break before stepping up to play Terminator 2: Judgment Day. Another coin eating beast and certainly a machine to play to get your money's worth at Retro Arcade. I managed to get further than I ever had before but had to give up after quite a while as my trigger finger was getting worn out. 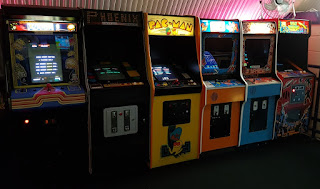 What really made the experience perfect for me was that you could actually hear the games you were playing. Quite a feat considering all of the sounds coming from dozens of arcade cabinets. There's also a free play jukebox and that was kicking out some superb tunes from the 80's and 90's.

Part of the fun of playing a game is hearing the sound and music of it. So often I've been to an arcade bar only to find that the music at the venue is far too loud and so therefore drowns out the music and sound effects from the game.

The staff on our visit were great and it was fantastic to see a real mix of people enjoying the experience.

Retro Arcade is a must visit venue.


Check out the Retro Arcade website for more info, opening times and prices. 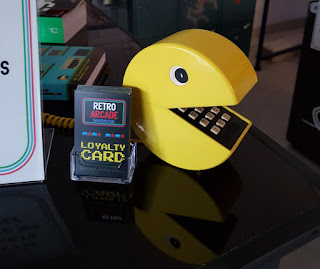 Cant agree more with your brilliant review! we've been a few times now and totally LOVE the place..as a 50yr old gamer it's nice to show my 9yr old what I played..only trouble is I can never get him out to go home he's turned into a mortal kombat nerd!!