Launch of the Dull Men's Club Calendar for 2017. 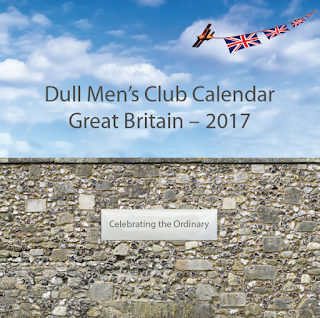 For a number of years the Dull Men's Club has published a calendar to help people mark how they're celebrating the ordinary throughout the year. As longstanding members of the Dull Men's Club, Emily and I were selected to appear in the 2017 edition of the calendar for our Crazy World of Minigolf Tour.


The Dull Men’s Club is a place where dull men share thoughts and experiences, free from glitz and glamour, free from pressures to be in and trendy - free instead to enjoy simple, ordinary things. The club's mission statement is “It’s OK to be dull”.


Since we first found out there were so many miniature golf courses around the UK we've made it our mission to visit as many as possible on the 'tickable list'. Over the last ten years we've visited 716 courses - including some overseas - far exceeding the 600 or so there were initially believed to be in the country. With old courses left abandoned, or worse demolished, and new courses popping up all the time we don't quite know if we'll ever finally finish visiting all of them. But the journey we've had so far has been a lot of fun.

In advance of its publication the Dull Men's Club asked whether President Vladimir Putin's new calendar would be competing with its own and offered some comparisons - including me playing minigolf and Mr Putin enjoying some fishing.