Over the years I've visited Southsea a fair bit, and indeed it's where the Crazy World of Minigolf Tour began back in 2006. During the last nine years we've visited all of the miniature golf courses in the town, except one.


On a number of occasions we tried to find the Crazy / Mini Golf course at Canoe Lake but to no avail. That was until last weekend.


As I was in town for my brother Christopher's Stag Do I made a point of having a good search online in advance and was given some directions by Susan Hayles (@SusansSolent) on Twitter too.


As I arrived at Canoe Lake from the the seafront I headed in the general direction of where I now thought the course would be and lo and behold there it was!


I had a great round on the 12-hole grass Mini Golf layout and scored a 29. My round was made even more pleasing by scoring an ace on the third.


It was the sort of course I could've happily spent a day putting around. There were some tricky holes, it was well maintained and had a unique look and feel.


Speaking with the course owner Richard after my round I discovered that the main reason we never found the course on our previous visits to Southsea was that the course had closed down in 2007, and stayed closed for another three years before Richard took it over. The site used to be home to a concrete Crazy Golf course, now consigned to history. The new 12-hole course is good fun and I was told that the layout changes each year. He's done a great job in resurrecting the putting facility and it's well worth a visit.


Before I left I had another round, this time scoring a 30. The course record is an impressive 23 and I'll be back to have a crack at that score. 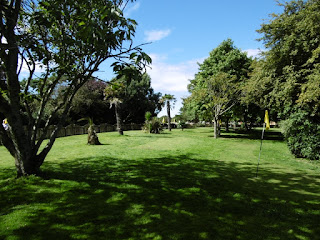 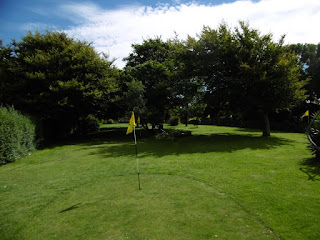 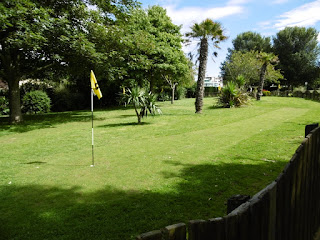 The Canoe Lake Mini Golf course was the 387th played and 669th visited on the tour.

We've actually been really close to the course before, and in 2011 we went on a Swan Boat on the lake as well.


A round on the 12-hole course is just £2.50 and there are cold drinks available from the hut. The Canoe Lake Mini Golf course hasn't got a website, but check out the links below for details of the café and other facilities in the area.


Links:
- Canoe Lake Leisure and Greens Café at Canoe Lake - next to the Mini Golf
- The Belle Isle - scorecard sponsor

A look at the Mini Golf course at Canoe Lake in Southsea, Hampshire.