My friend and minigolf rival Mark 'The Horse Whisperer' Swain visited the USA earlier this year and was kind enough to bring me back some scorecards from the miniature golf courses he visited out there. 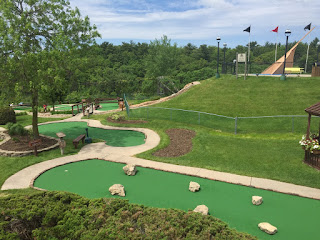 His first stop was at Pirate's Cove in Wisconsin Dells where there are five, yes FIVE, minigolf courses! 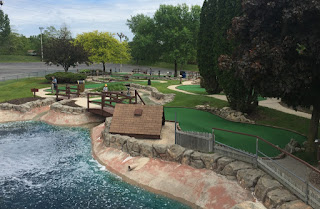 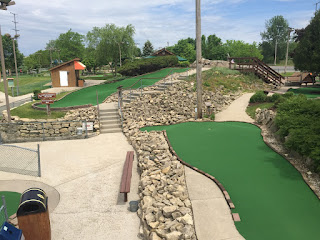 At the Pirate's Cove Original Adventure Golf & Family Fun Center you can choose to play Black Beard's 18, Captain Kidd's 18, Pirate's Lookout 18, Pirate's Challenge 18 or Captain Hook's 19 - or if you've got plenty of time play all five!

Hopefully we'll get to visit and play at Pirate's Cove on our Crazy World of Minigolf Tour one day...