The World Championships of Minigolf are taking place in Lahti, Finland.

This week sees the WMF World Minigolf Championships taking place in Lahti, Finland with 127 players from 19 countries and four continents lining up to compete.

The Great Britain men's team, sponsored by UrbanCrazy, will be in action and they face nine other teams in the four-day competition. You can follow all the results live online - the tournament tees-off from the 19th August 2015.

The 2015 WMF World Minigolf Championships are being held on the Feltgolf and Miniaturegolf courses at the Lahti Minigolf Centre. Good luck to all of the participants, especially those making their debut appearances on the world stage.

Emily and I made our debuts for the GB team at the 2008 EMF Nations Cup in Tampere, Finland and had a great time.


We've also played for the national team in tournaments in Stockholm, Sweden and Hastings, England and we're both ranked in the WMF's international General Class ranking lists. 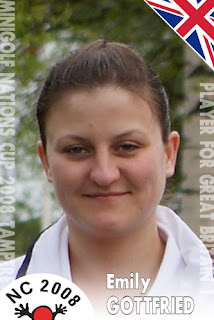 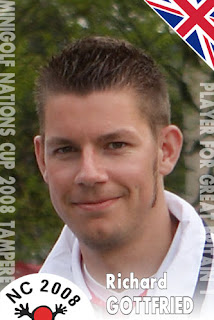 The World Minigolf Sport Federation (WMF) is the umbrella organisation of Minigolf sports association's worldwide and continental associations in Asia, Europe and America.

Check out the links below for more on the 2015 WMF World Minigolf Championships.