On our day trip to Largs and the Isle of Cumbrae I played one of the two 18-hole courses at Mackerston Putting Green.


I had a two-ball match against myself - scoring 50 and 52 in the sweltering heat. Emily was the more sensible of us and had a nice sit down in the shade and photographed some of the well tended flowers at the course. 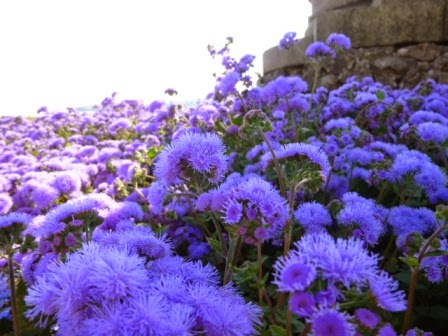 The course was really well maintained and some of the holes furthest from the kiosk played really fast. There was a good mix of lumps, bumps and grass on the course which made it extra tricky.


The man in the hut told me that the course had been underwater earlier in the year when the whole area flooded! It made a good recovery since.


The course I played at the Mackerston Putting Green was the 340th played on the Crazy World of Minigolf Tour and the 567th visited overall. The other 18-hole layout was the 568th visited and the 228th visited but not played on the tour.

Related blog posts:
- Crazy World of Minigolf Tour - List and links for all Miniature Golf courses visited to date
- Scotland
- Putting at the Ritz in Largs
Posted by Richard Gottfried at Tuesday, August 05, 2014