'The £2 Tat Challenge' at 'The Buttons' in Hastings

On Saturday 30th October 2010 a group of Amusements loving Crazy Golfers headed to 'The Buttons' following the end of the first day's play in the 2010 Castle Golf World Crazy Golf Championships to take part in the first-ever '£2 Tat Challenge'. 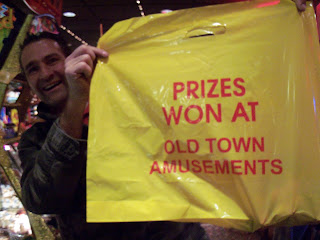 This amusements challenge contest saw members of various Minigolf Clubs competing to win the most amount of 2p falls prizes with a stake of £2. The brains behind the event were Scott ‘Donkey Gringo’ Lancley (the International Worlds Crazy Air Squash Champion) and Emily ‘Coach’ Gottfried.

13 players took part and the final 'Order of Merit' is below, with 'Johnson' Paul Johnson taking the victory (and the prize of 'All the Tat') with a haul of nine pieces of tat won with only £2 worth of 2p's!!!

Photos from the event (in no particular order). 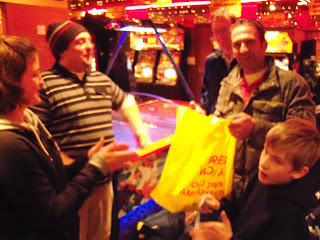 The prizes are handed over next to the hallowed Air Hockey table. 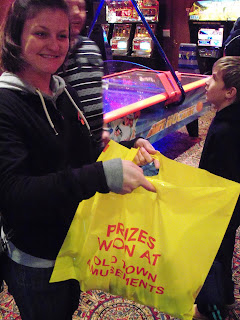 Emily Gottfried shows off the 'Bag of Tat'. 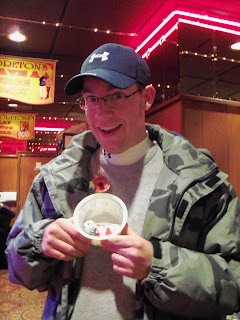 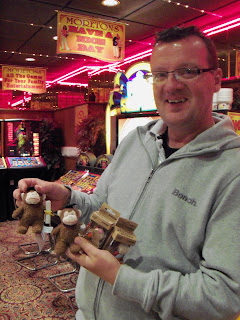 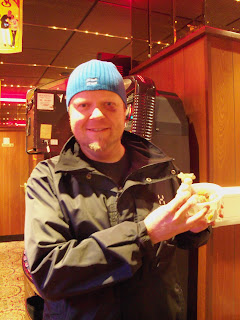 Pasi 'Bruiser' Aho with his four prizes - a trip to Hastings made worthwhile. 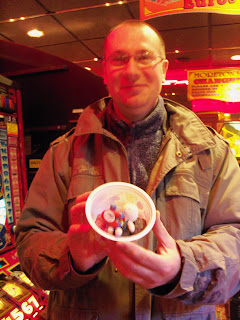 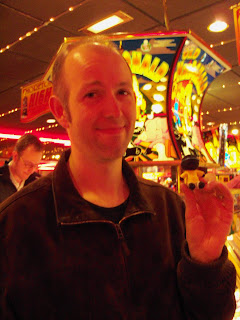 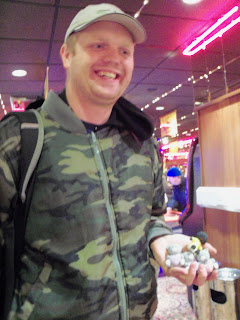 Brad 'The Scourge of the Clergy' Shepherd and his handful of prizes. 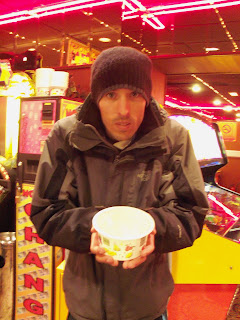 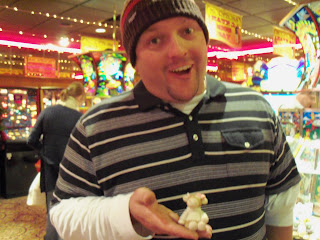 Creator of the Challenge Scott 'Donkey Gringo' Lancley with his sole prize. 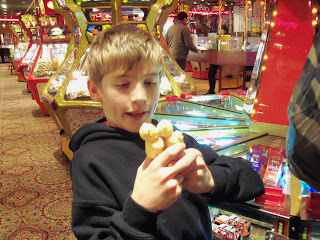 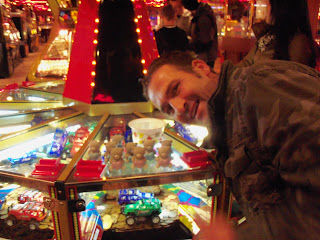 'Johnson' Paul Johnson with all nine of his tat-prizes. 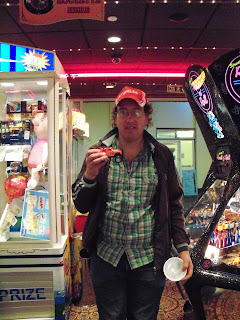 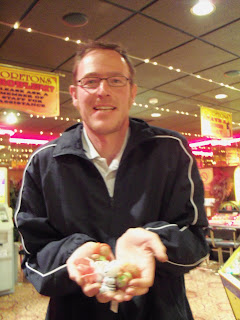 The '£2 Tat Challenge' was an open invitation event and featured in the Unofficial Booklet of the 2010 World Crazy Golf Championships.

After the success of the first edition, the £2 Tat Challenge looks set to become a regular feature!!!