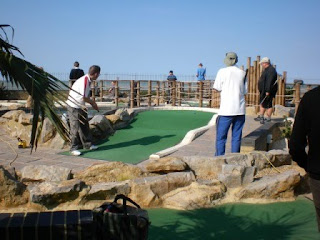 Luton Minigolfer Richard Gottfried’s minigolf tournament winning streak came to an end in Margate on Friday 18th September as he finished in 21st place of 31 players in the BMGA Players Championship, the traditional warm-up tournament to the British Open. 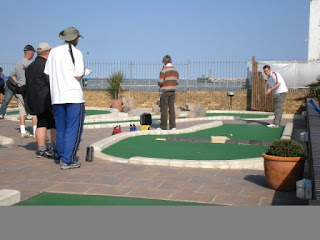 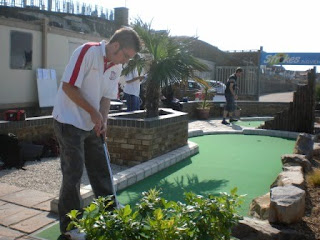 After recently winning both the Miniature Open in Manchester and the Blackpool Pleasure Beach Open, Richard scored a round of 46 (+10) in the BMGA Players Championship, played at the 18-hole Strokes Adventure Golf Course in Margate, Kent. The score wasn’t enough to see him qualify for the second round of Matchplay. Andy Exall from Tunbridge Wells took the title for the second year running. 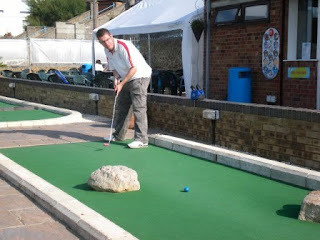 In the two-day BMGA British Open, also held at Strokes Adventure Golf Course, Richard made the cut for the third consecutive year with rounds of 36, 41, 40 and 41 for a first-day total of 158. His round of 36 (par) was a new personal best on the Strokes course. 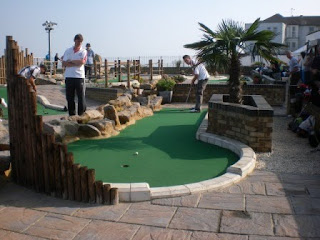 In the fifth round Richard scored another 41, but ended the tournament with a second personal best of the weekend with a 35 (-1) to card a total of 234 (+18) and finish in 25th place in the 49 player field. Richard was also ranked 13th of 37 British Players in the tournament. 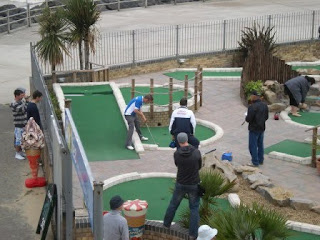 Richard said “I’m pleased with the two personal bests I’ve carded, but a few too many threes put a stop to me qualifying for the super final. I was only eight shots off qualifying for the seventh round. Looking at my previous results here at Margate I am showing lots of improvement, and I’m feeling confident ahead of the Kent Open in November.” 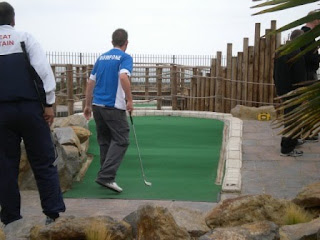 At the top of the rankings it was a Swedish one, two, three with Torgny Kjellström the eventual winner with a 7 round total of 232 (-20). Johan Ahlander was second, with Björn Dinau third.