At the BMGA British Open tournament last weekend I picked up five new minigolf balls for my kitbag. 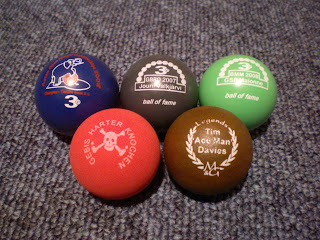 Among them was the new Tim 'Ace Man' Davies Legends Ball, which I look forward to testing out on the greens at Strokes in Margate, and on the Ace Man's home course at Planet Hastings. 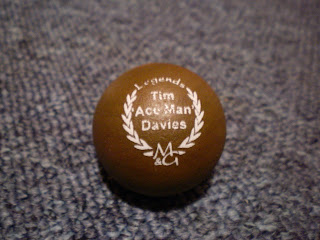 My minigolf kitbag has certainly grown since March 2008. 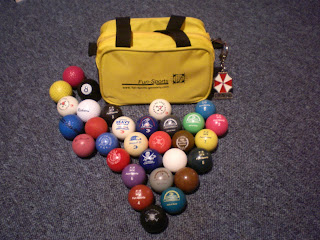 Which ball would ace the hole now?

I also picked up some Camouflage Golf Balls today, they'll be interesting to use!? 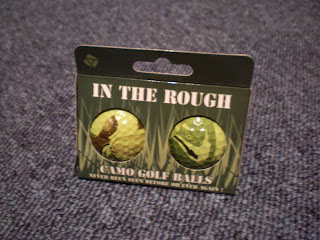