Mini Golf blog post about playing the Golden Isle indoor Adventure Golf course in Blackpool as part of the Crazy World of Minigolf Tour in 2009.

The 151st Minigolf course played, and the first stop on the next leg of the Crazy World of Minigolf Tour, was at the Pirate-themed Golden Isle Indoor Adventure Golf in Blackpool.

We played the course just before the Illuminations were switched on, and as a precurser to the following days Blackpool Pleasure Beach Open tournament at the Pleasure Beach I beat Emily, and fellow BMGA'er John Moore in a 12-hole match. 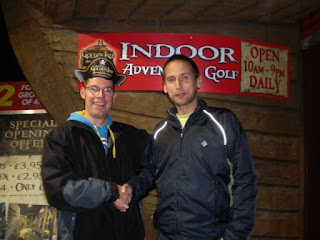 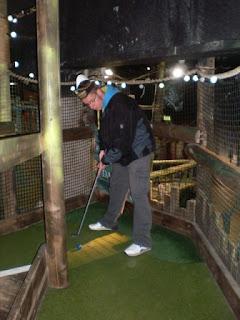 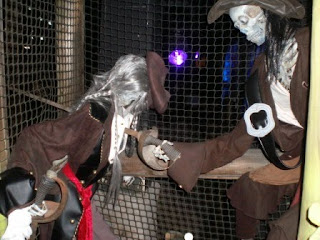 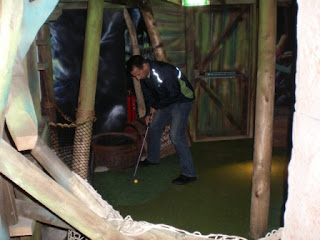 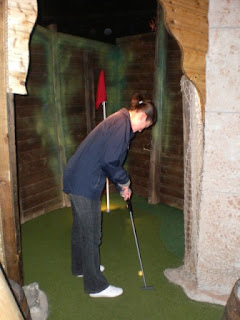 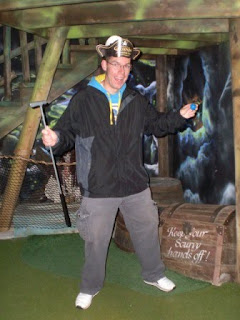