Richard said “I’m pleased to have got another top ten finish on the BMGA Tour. I am always happy to play at the excellent course in Stratford, unfortunately I haven’t hit enough holes-in-one there to rank higher in the two events held there this year.”

With seven events of the 2009 season played so far, Richard has achieved one win and three other top ten finishes and is currently ranked 18th of 80 players in the BMGA Order of Merit with a total of 1,475 points. 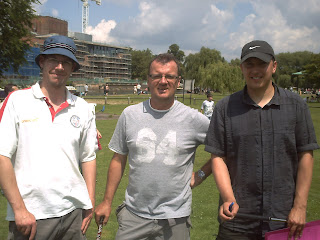