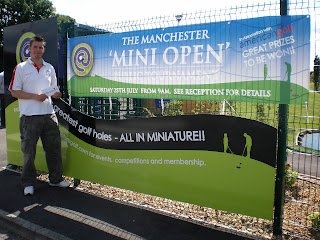 The second ‘Mini Major’ competition of the year was played over 27-holes, and in a field of twelve players Richard won with a three round total of 87(-18) after scoring rounds of 27, 31 and 29. 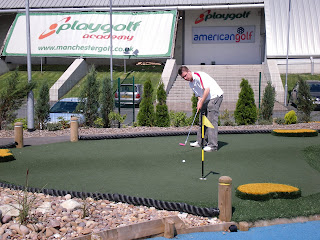 After tying for second place with scores of 90(-15), Emily and Birmingham’s Paul Johnson played a four-hole cumulative score play-off to decide second and third place. Emily was able to score a total of 11, while Johnson hit 15, giving Emily her highest minigolf tournament finish to date. 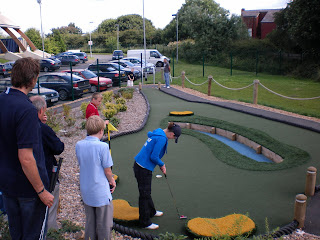 Richard Gottfried said “I am so happy to have won my second Mini Major minigolf title. I seem to play really well on the tough greens in Manchester. It’s so difficult to ace any holes here that a two is worth its weight in gold. The final round was very tense, as going into it I was only two shots ahead of Emily and Nick Ashfield. Emily did very well to get second place.”

Emily said “It was a really great tournament, and at one point I thought I might win it as I was playing really well, but Rich played better and definitely deserved to win.”

Richard is currently ranked 19th of 81 players in the BMGA Order of Merit Rankings, while Emily is in 44th place.