BMGA Minigolfers 'Squire' Richard Gottfried and Jon 'The Stance' Angel competed in a round of 'Big' Golf at the Par-3 course at Tea Green, near Luton on Saturday 11th July.

Below: Jon 'El Pato' Angel and 'Hot Streak' Richard Gottfried adopt new nicknames for their round of golf. 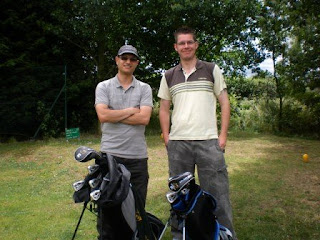 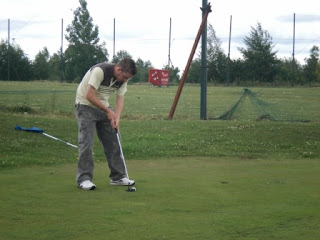 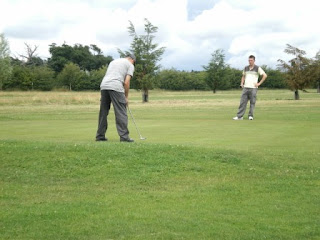 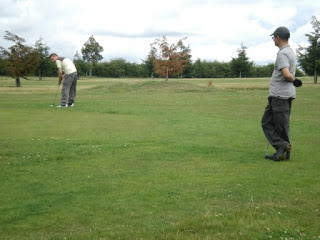 Richard & Jon head to their respective bunkers for their second shots on the sixth hole! 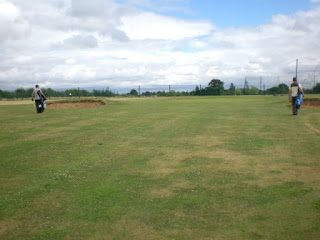 'Hot Streak' Richard Gottfried beat Jon 'El Pato' Angel by one-shot with the same total he hit on his first visit, a 48(+19).

After the Big Golf came a round of Minigolf on the centre's Crazy Golf course.

With four holes currently being refurbished, holes 1, 2, 5 and 6 were replayed as the back four.

Yes - that was good fun! I hope to get my revenge sometime at Northwick Park!

You're on for a rematch.

Looking forward to another round of 'Big' Golf between Hot Streak and El Pato. Cheers.