A look at the miniature golf courses in Glasgow, Scotland. 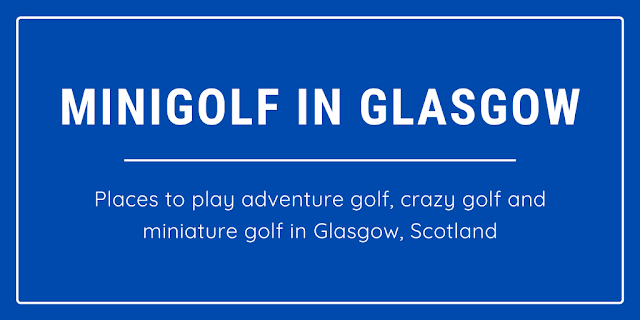 We were last up in Glasgow for the Commonwealth Games in 2014 and a lot has changed on the crazy golf scene since then.


The first course we played in the city on a visit in 2009 was a grass Putting Course set up on a Bowling Green in Victoria Park. That course was the 89th on our travels. We've now been to 947 in total.

On that trip we also found an abandoned Crazy Golf course in another part of the park.

There are two indoor 18-hole courses at Paradise Island Adventure Golf at intu Braehead. They were among some of the first indoor minigolf courses that opened in the UK.

There is a Jungle Rumble Adventure Golf venue in the city centre where you will find two indoor 18-hole courses.

Fore Play Crazy Golf has two 9-hole indoor courses at the venue in the city centre.

Outside the city centre is Jurassic Parrr Adventure Golf, an 18-hole course at Great Western Golf

There will be a new indoor minigolf course when Ghetto Golf Glasgow opens its doors later this year.

There are also plans for a Treetop Adventure Golf course to open in the city.

We're looking forward to a return visit to Glasgow and playing the courses on our Crazy World of Minigolf Tour.

If you know of any other minigolf courses in Glasgow do let us know in the comments below.