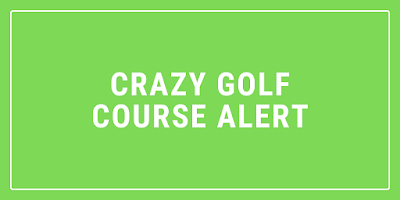 
In a first that I've seen one of the courses has been designed specifically for children, while the other is a little trickier and designed for adults.


The Putt Crazy courses have a Mayan-theme.

The Mini Majors minigolf course at Northwick Park was one of the first courses we played on our Crazy World of Minigolf Tour back in July 2008. It was number 59. We've now been to 947 courses since September 2006.
Posted by Richard Gottfried at Monday, February 17, 2020