A visit to the Tidal Bay Crazy Adventure Golf course in Sherfield on Loddon, Hampshire. 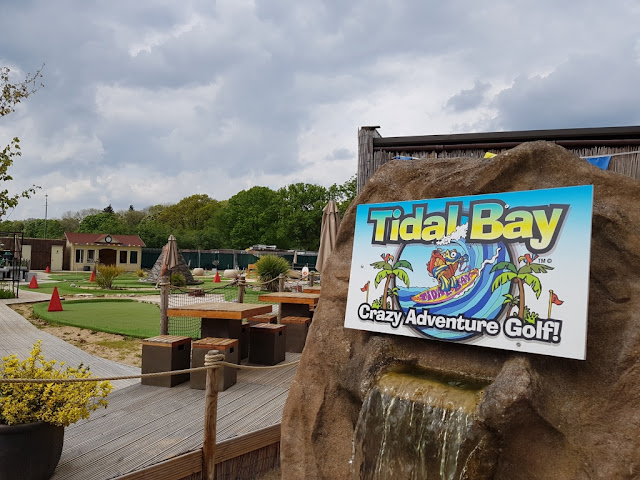 Our recent trip to Southampton saw us visit 18 more courses, playing eight of them. One of the courses we had a round on was Tidal Bay Crazy Adventure Golf at the Wyevale Garden Centre in Sherfield on Loddon, near Hook in Hampshire. 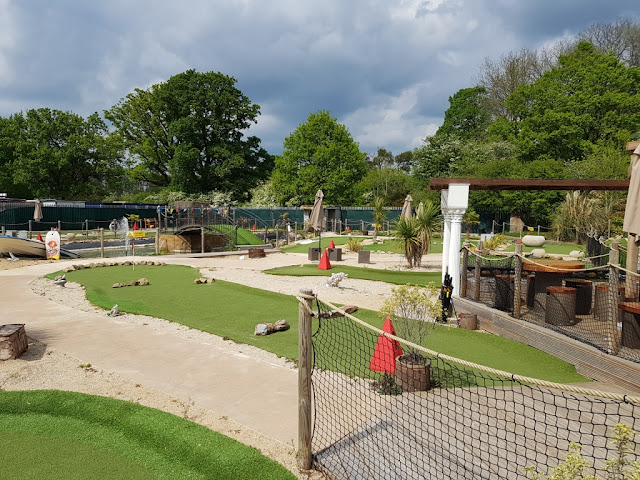 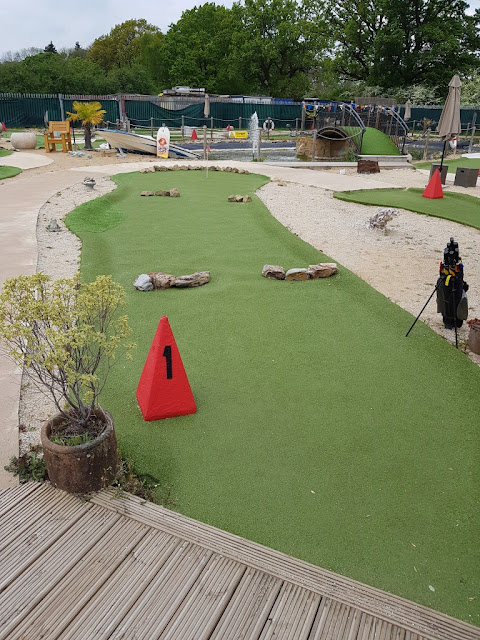 We really enjoyed playing the 18-hole Adventure Golf layout. There were plenty of challenging holes and the layout looked nice and played well. 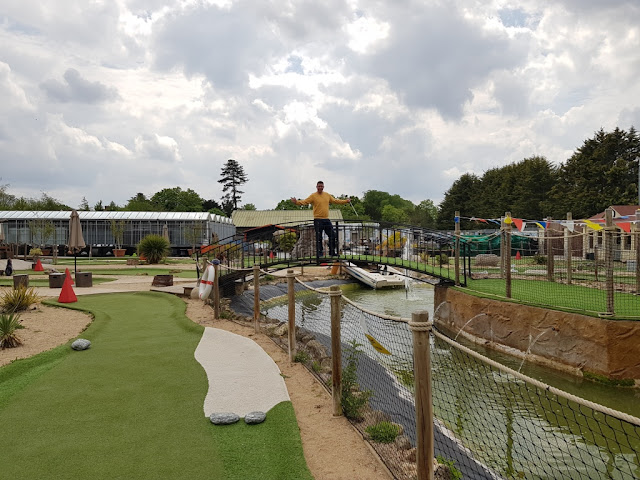 The course has a par of 49 and in our minigolf match-up at Tidal Bay Crazy Adventure Golf Emily won with a score of 48 to my 53. 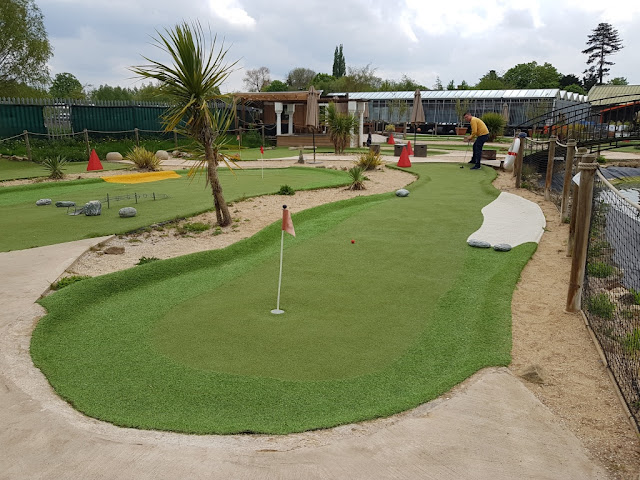 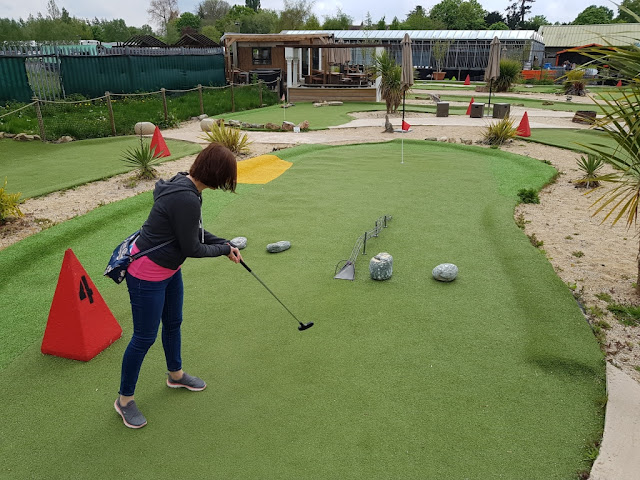 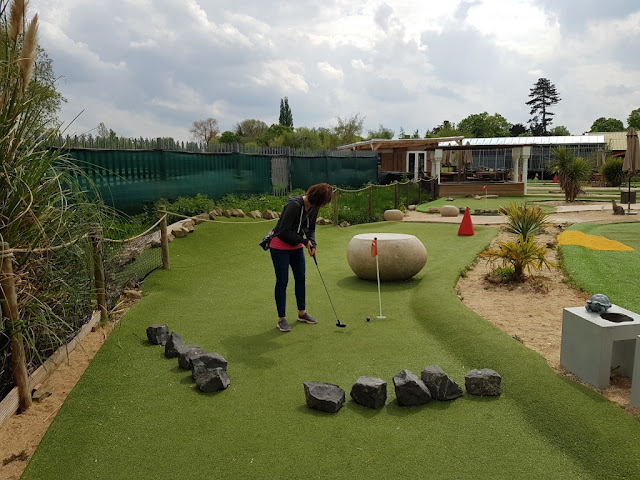 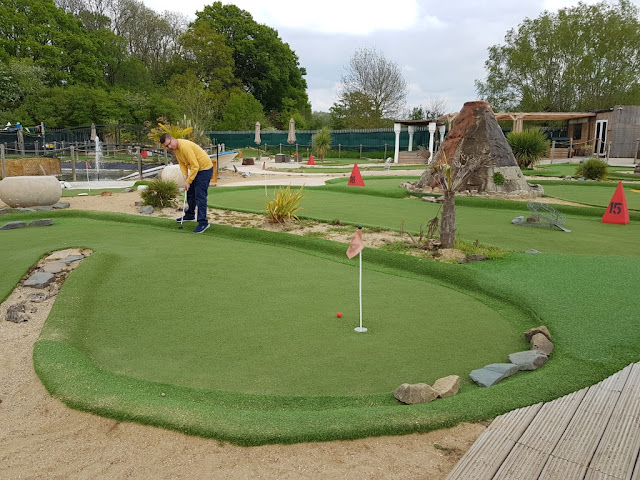 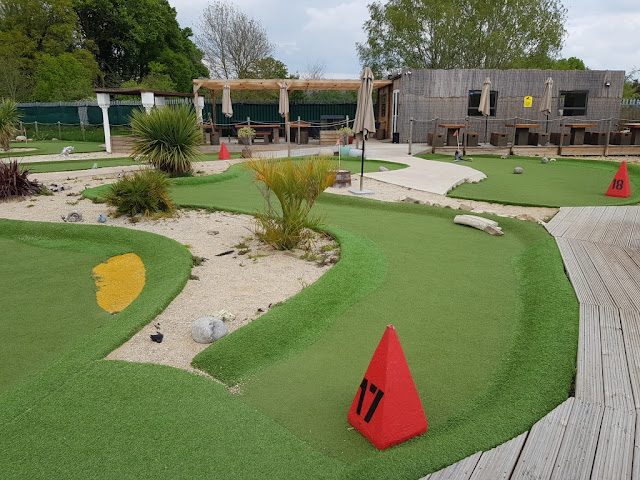 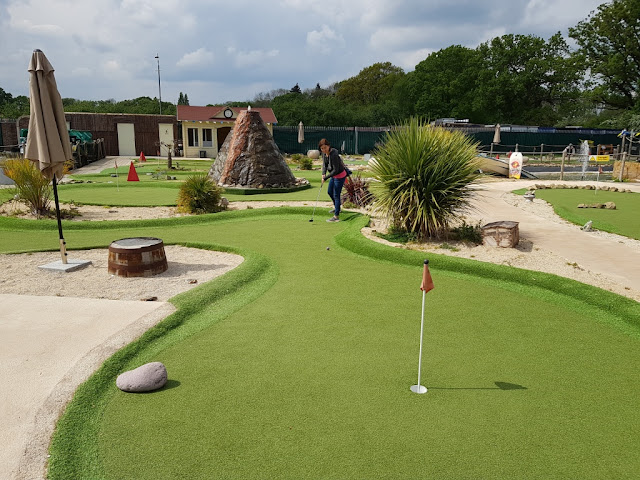 It was the first time we'd seen this particular obstacle on a course - it made for a nice hole-in-one, if you could hit a straight tee-shot!


We'd first heard about the Tidal Bay course from our friends and fellow minigolf explorers Matt and Helen Dodd as it's one of their local courses. 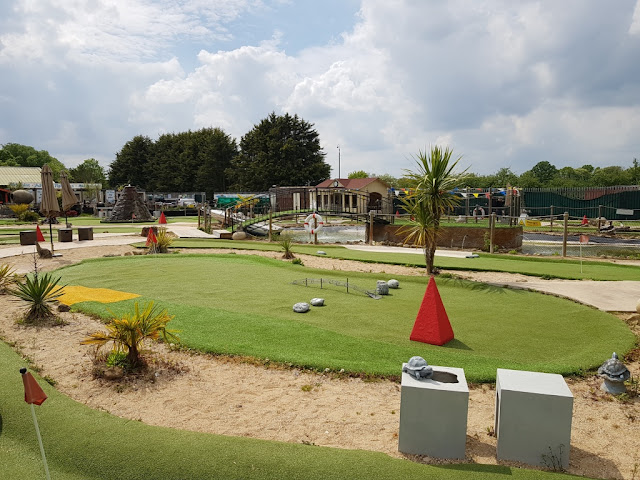 The Tidal Bay Crazy Adventure Golf course was the 515th we've played and the 883rd visited overall. It was the 845th course we've visited in the British Isles.


It also became the 900th visited overall - including courses visited by Christopher Gottfried's branch of the Crazy World of Minigolf Tour - since our aventures began down in Southsea, Hampshire in September 2006.

Christopher has visited 26 courses on their own bit of the Crazy World of Minigolf Tour. Emily and I have also visited eight of those courses, but 18 of the courses are from their travels to other courses in the UK, Turkey, Majorca, Italy, Holland, Luxembourg, Germany, France and Indonesia!

The combined total of the Crazy World of Minigolf Tour is now at a mammoth 905 courses visited!

Posted by Richard Gottfried at Wednesday, May 22, 2019