A visit to the Putting Green at Griffin Park in Porthcawl. 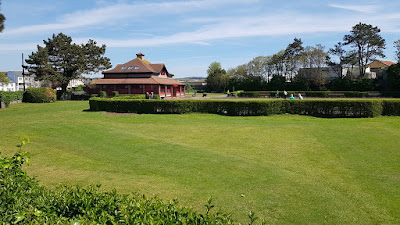 On my way home from the Welsh Mini Golf Club's Doubles Championships in Aberavon I stopped off at Porthcawl as I'd seen there was a Putting Green in Griffin Park. Unfortunately it wasn't yet open for the season and the groundskeepers were working on a few other areas of the park to get it ready for the summer. 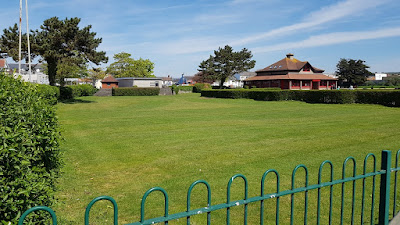 We have been to Porthcawl before, although only to Trecco Bay Holiday Park where we played Adventure Golf back in 2009. So it was nice to explore a new seaside resort and play in some new amusement arcades.

The Putting Green at Griffin Park in Porthcawl was the 886th visited on our Crazy World of Minigolf Tour since September 2006.